(We) went to 「TOHOSHINKI WITH GALLERY」 which is held in the entertainment space on the 4F of Tokyo Divercity (in Odaiba, Tokyo). 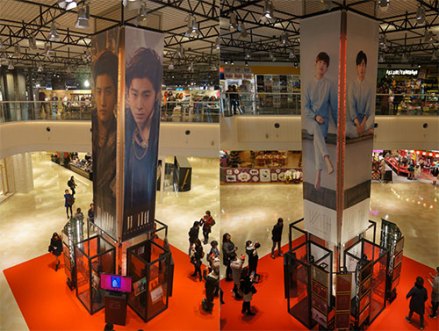 In the gallery, the costumes used by Yunho & Changmin in the music video of「Chandelier」(being one of the song in the  「WITH」 album) was on display,

the music video of 「Chandelier」 was playing, the 「WITH」 album jacket photo-shoot video  & 「Chandelier」 off-shot photographs were on display as well. 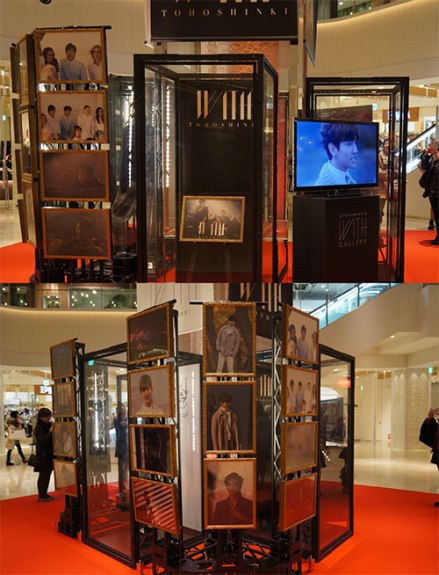 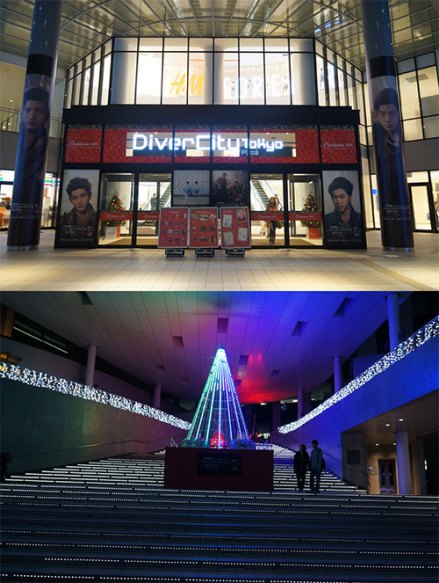 On the outside, the illumination collaboration with Divercity 「ILLUMINATION WITH RED」 has been ongoing, the space (outside) was made to be such a mysterious and beautiful area!

Previously, when 「Time Works Wonders」 went on sale on 5 NOV 2014, this same space was really beautiful too!

「TOHOSHINKI WITH GALLERY」 and the Illumination (collaboration) will be held until 13 JAN 2015.

Everyone, by all means, please visit (this event @ Divercity)!