Tohoshinki’s Album FINE COLLECTION～Begin Again～  truck ads have been spotted on the streets of different cities in Japan, not just by fans but also by the huge Tohoshinki fan SOLIDEMO’s Takeshi ^^

Remember to order your own album~ 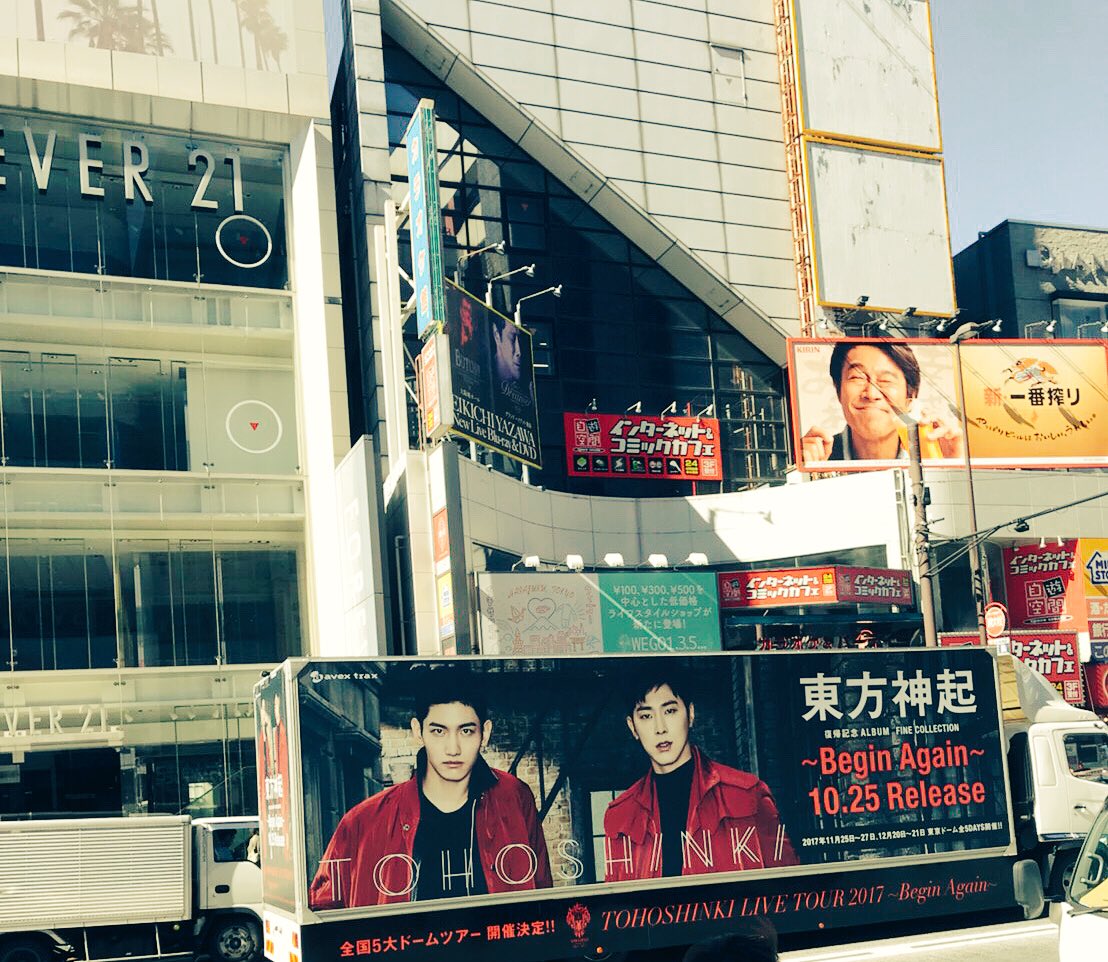 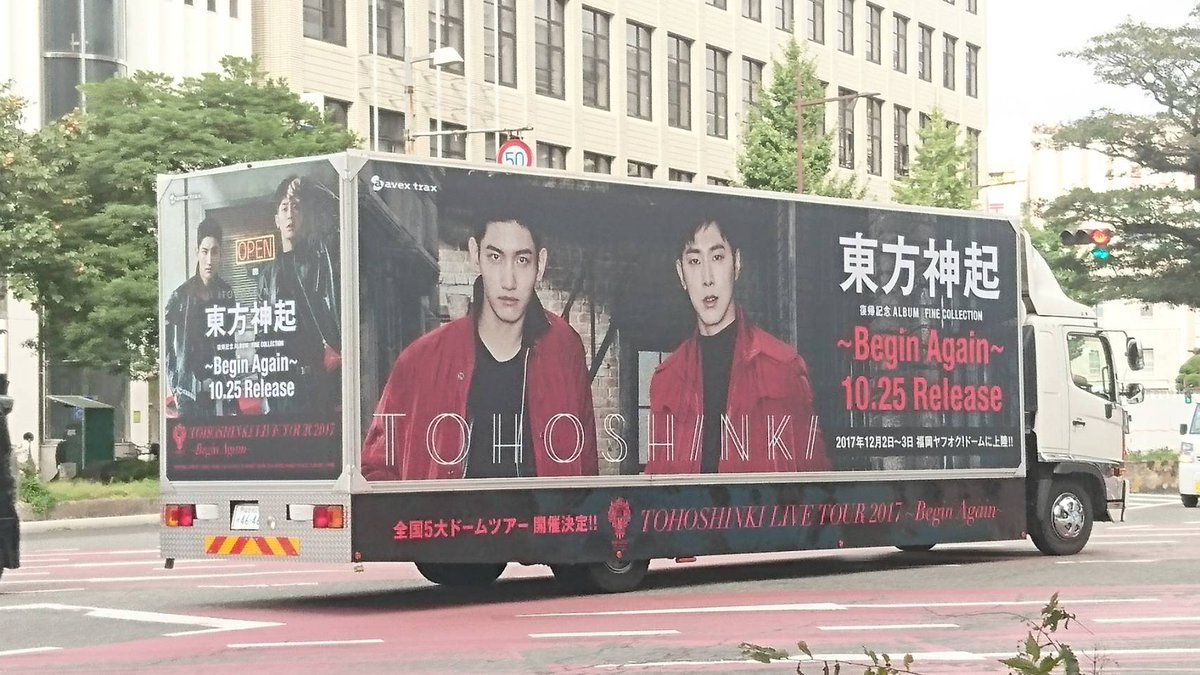 At Shibuya, Tokyo
Catch Me was playing and its「♪Ikuna~~」was heard~ 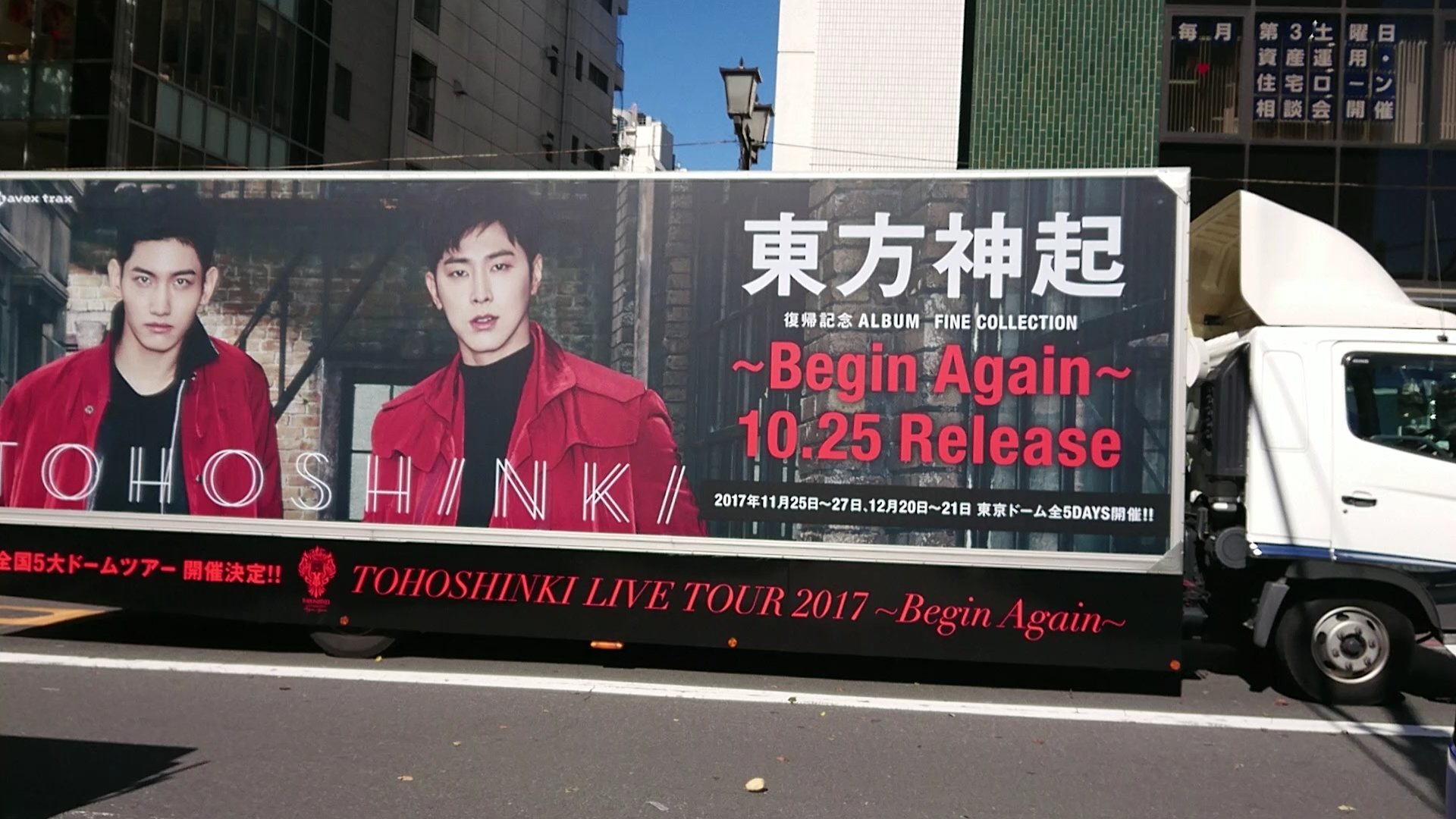 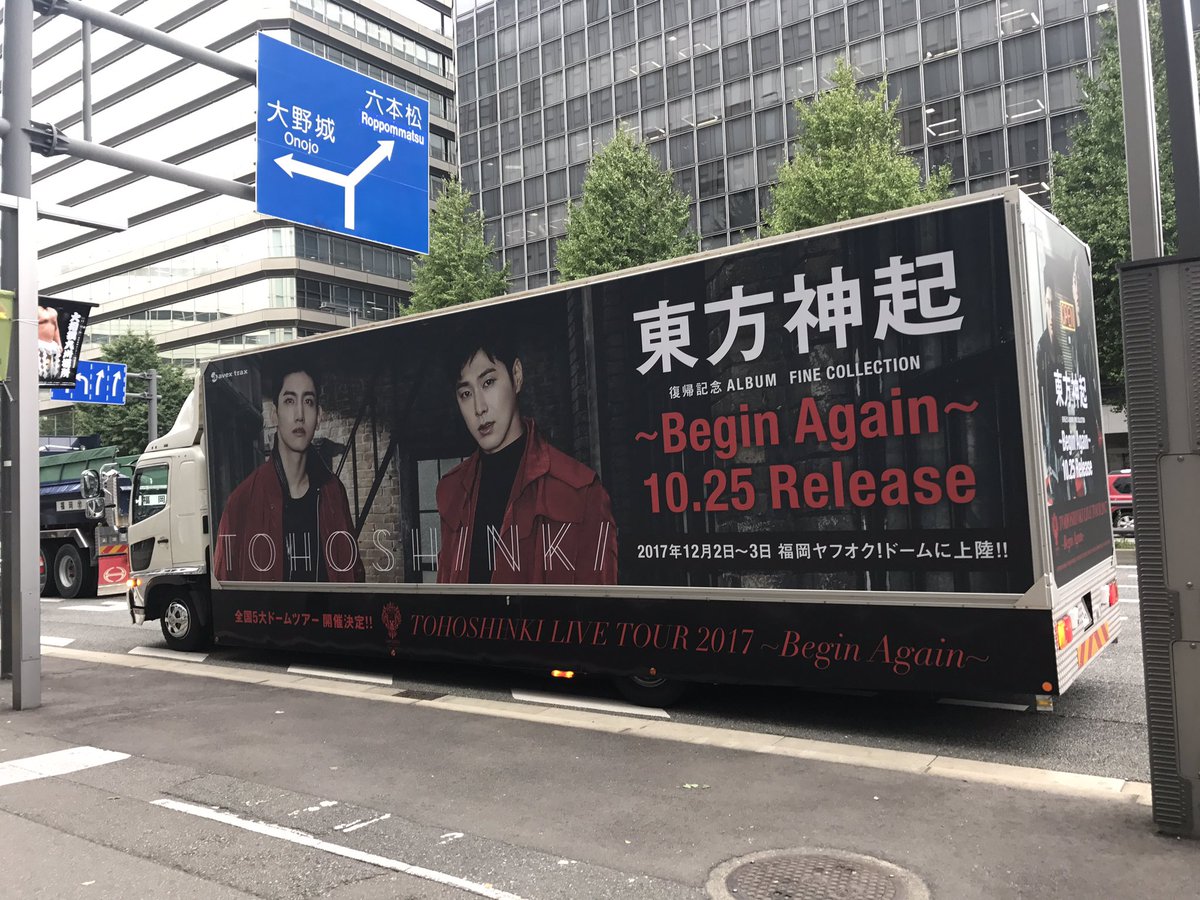 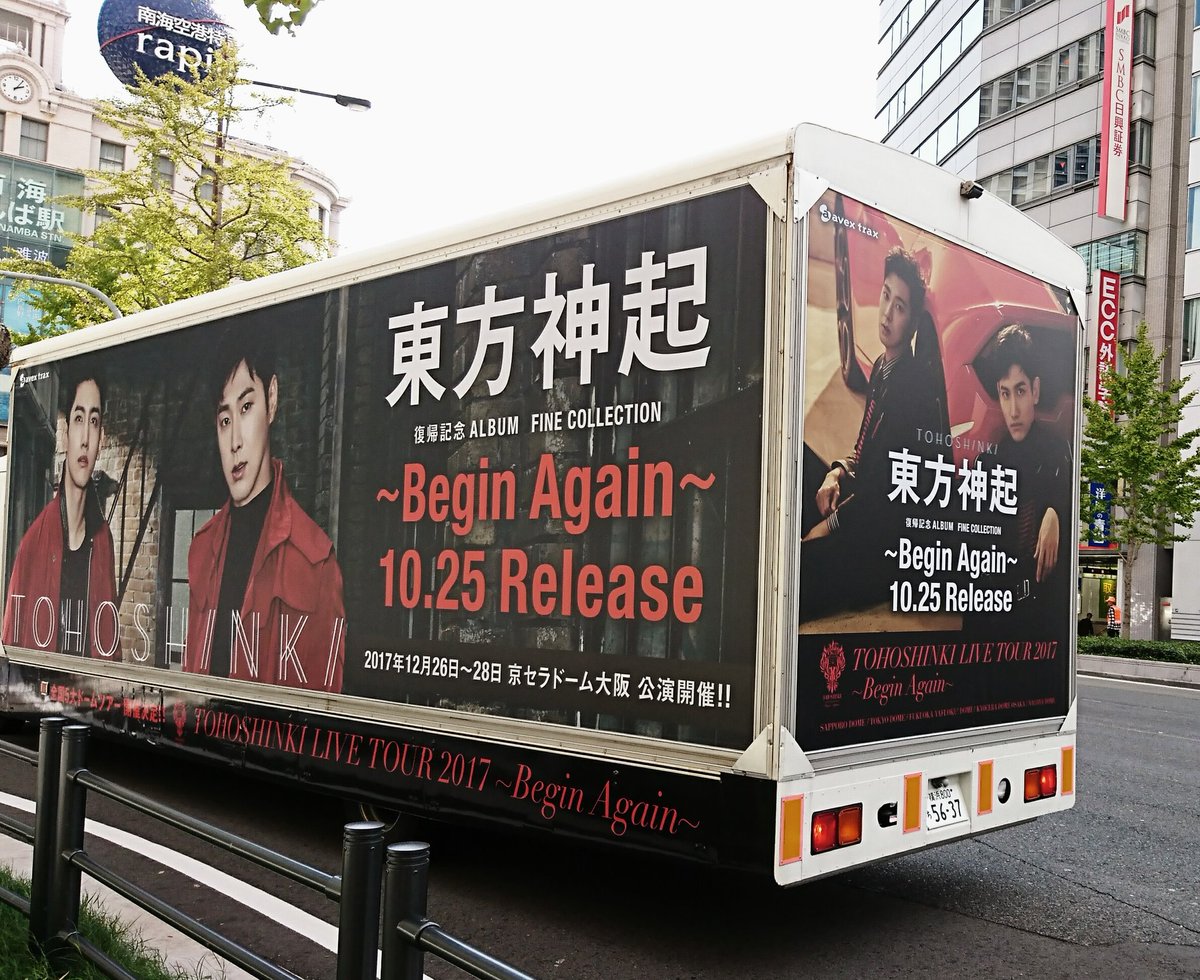 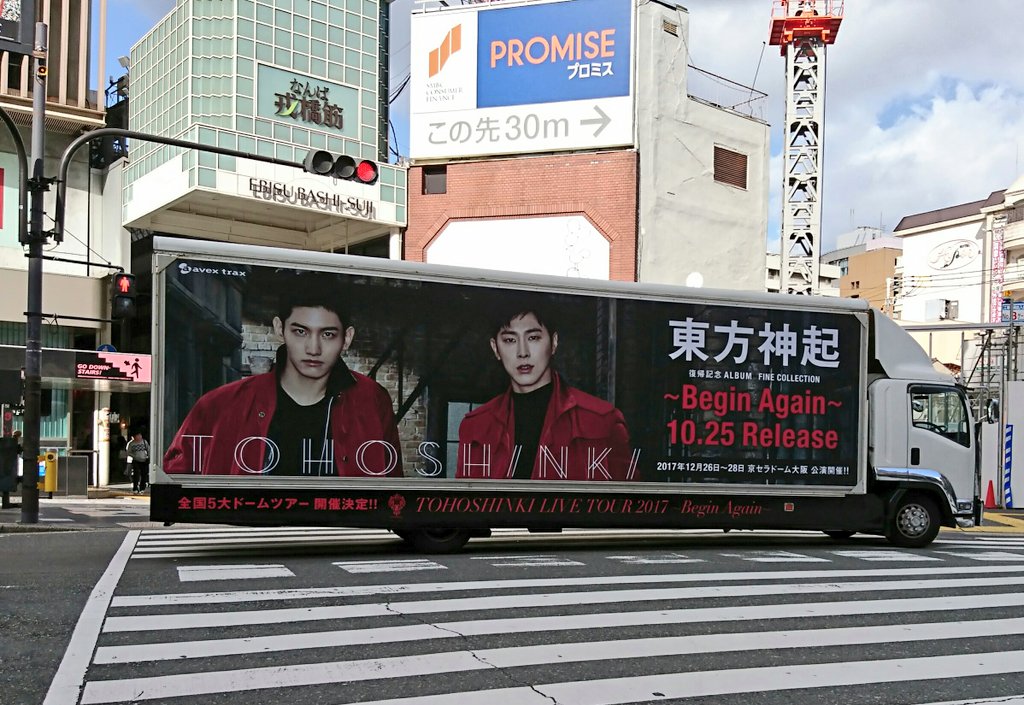