Tohshinki will be featured on the cover of Japanese magazine Nikkei ENTERTAINMENT – December issue, including an interview as well! The covers of both the wide and regular versions have been revealed! Issue to be released on 11/4. 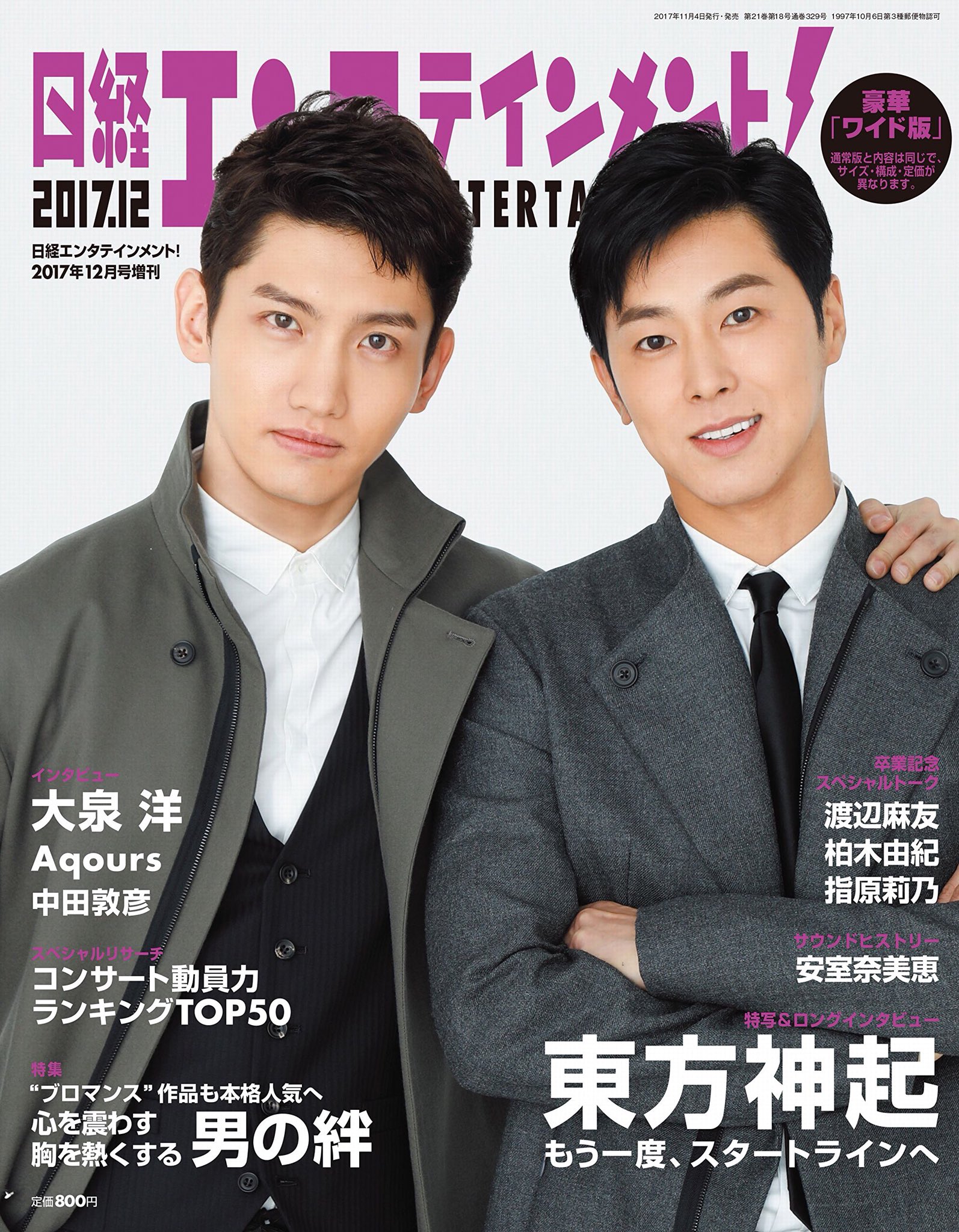 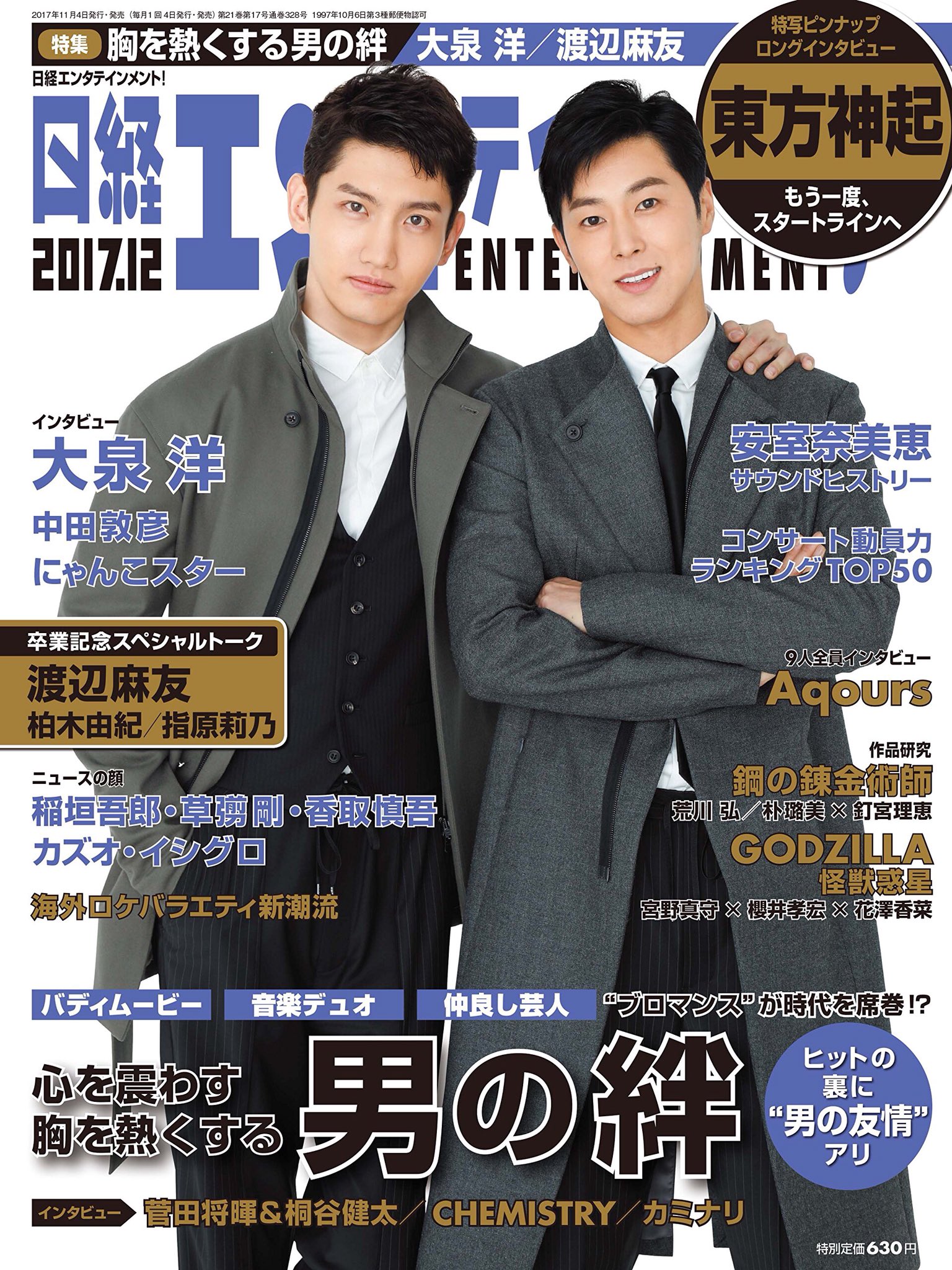