Tohoshinki were invited to perform on Fuji TV’s “2017 FNS Music Festival (First Night)”. Although it was not announced before, they started with performing “Doushite Kimi Wo Suki Ni Natte Shimattandarou? (Re-recording version)” (at 20:52 JST) dressed in white! Then they performed the scheduled performances, starting with commenting on their new song (at 21:52), performing “Reboot” (22:08) on TV for the first time, and ending the ceremony with a joint collab with other artists to cover Nakajima Miyuki’s song “Ito”. 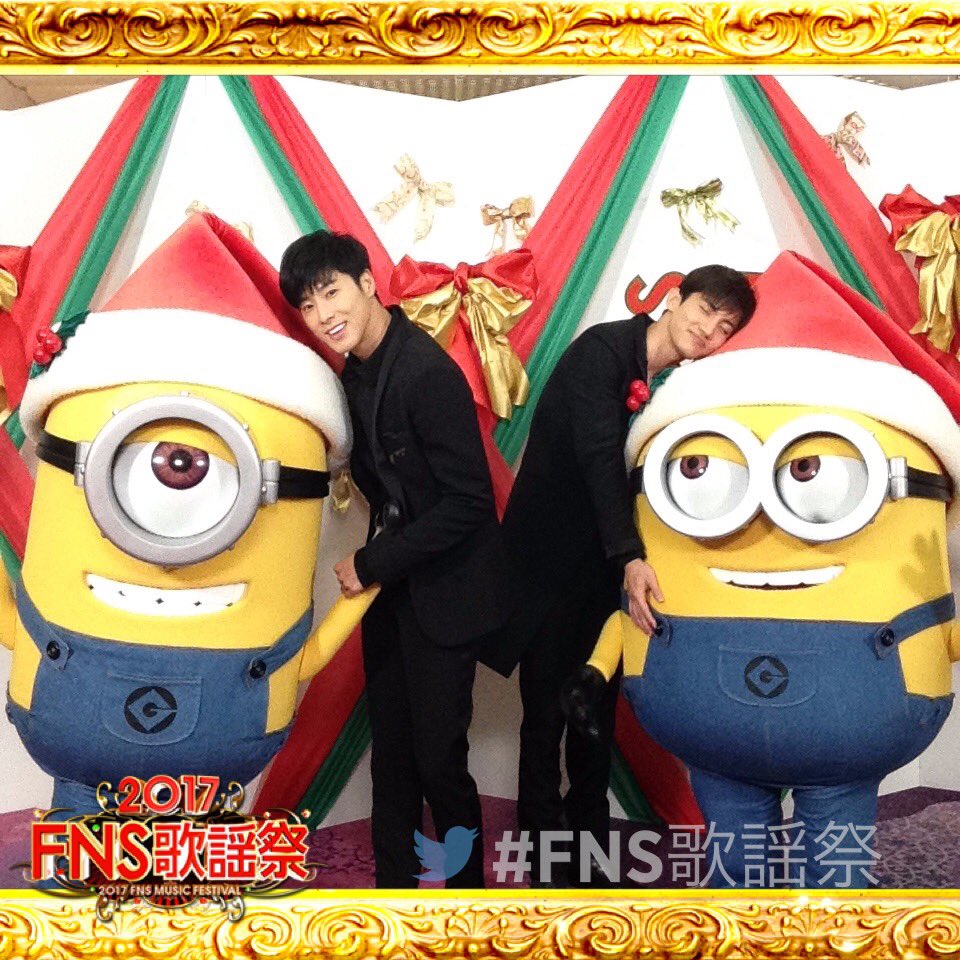 MC: As the theme song of the drama “Tomorrow’s Promise”, Tohoshinki will be debuting Reboot on TV for the first time. Yunho-san, what are the (notable) points of the performance?
Yunho: as (we) sought for a more stylish performance this time than before, we hope you will definitely check it out.
MC: We are looking forward to it. What about Changmin-san?
Changmin: as it has been a long time since we have been on FNS Music Fesitval, we will be putting our all and working hard for it.

Yunho: as it has been a long time since we appeared here, we are very happy and enjoyed it a lot.

As we indicated above
Post Compiled and Shared by TVXQ! Express