Tohoshinki appeared live on TOKYO FM/FM OH!「LOVE CONNECTION」(broadcast 11:30~13:00 JST), where they were interviewed, and the full version of Reboot was played~

The host with the reboot single~ 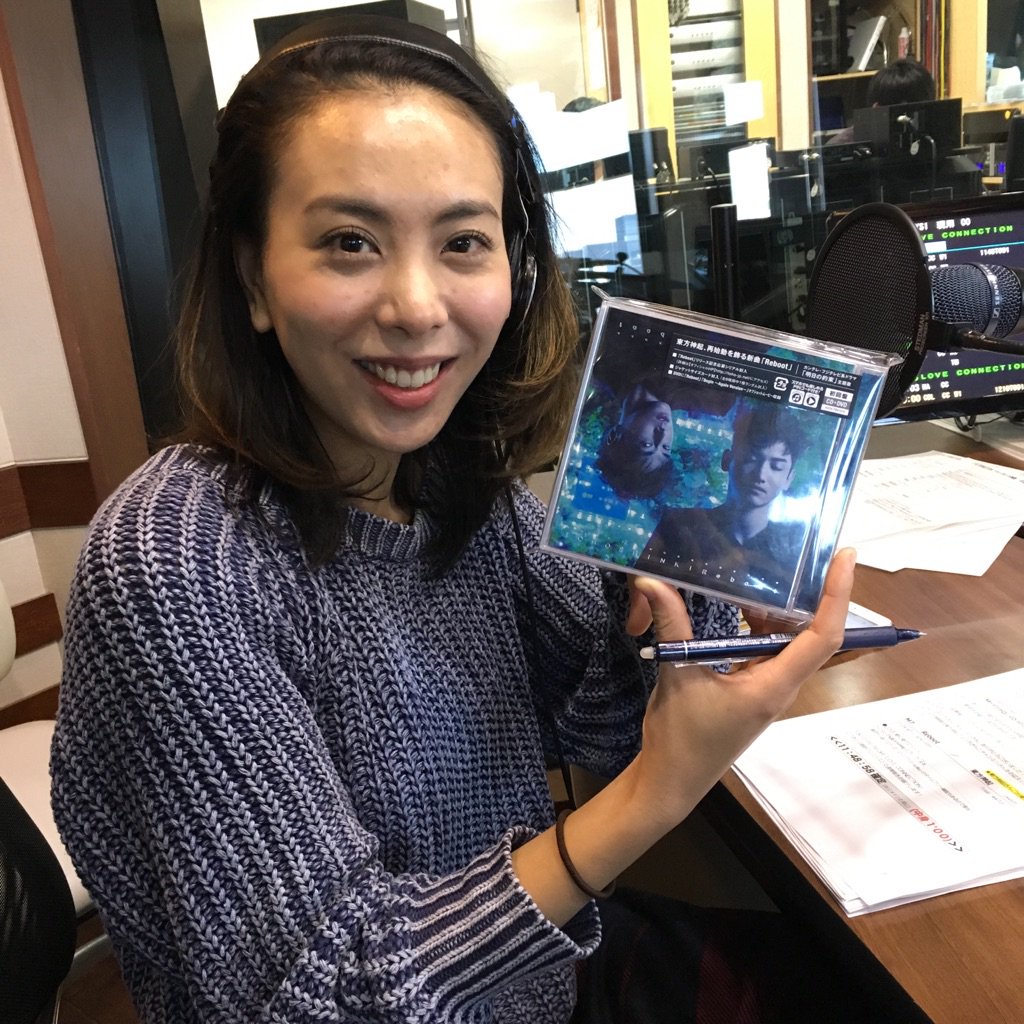