A new Tohoshinki song will be released!! The song titled “Jungle” will be used as the theme song for upcoming Japanese drama “Itsuka Kono Ame ga Yamu Hi made (Someday Until This Rain Stops)”, which will start airing on 4th August at 11:45pm on Fuji TV! 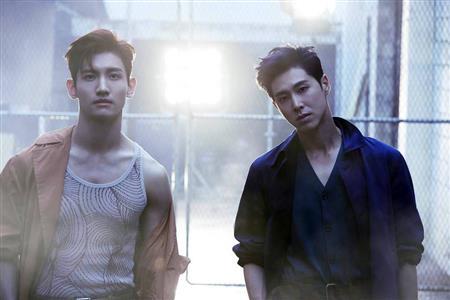 New Tohoshinki OST title is “Jungle”. The message of the song is that even if the future is a difficult survival-of-the-fittest place like the jungle, one should have courage going forward. On this, Changmin said, “I hope you enjoy our new song along with the drama”, and Yunho said, “‘Jungle’ is a heavy and fast-moving song, so it will fit well with this love suspense drama”.