This is the first time Tohoshinki are involved in anime songs since their works for One piece ^^! Yo-Kai Watch is a very popular anime series, whose last movie on 2017 debuted 2nd on the JP box office after Star Wars: The Last Jedi and “earned more than 1,863,413,400 yen in total sale” within 8 weeks.

The song will be the coupling song in Jealous single, which will be released on 181121!

(The news was also announced on the official Tohoshinki website (here)~)

Nikkan Sports news articles mentioned that it is “the first time a big artist be in charge” of the anime’s theme songs, in reference to Tohoshinki.

The director mentioned choosing Tohoshinki for their popularity across a wide range generations, the director also commented on how the song could touch the hearts of both children and adults. Changmin commented on the song suiting the theme of the movie, “friendship”.

Tohoshinki with the yokai Nekomata “Suu-san”, the guardian spirit of the main character “Shin” from the movie.

Photos of the printed newspapers articles: 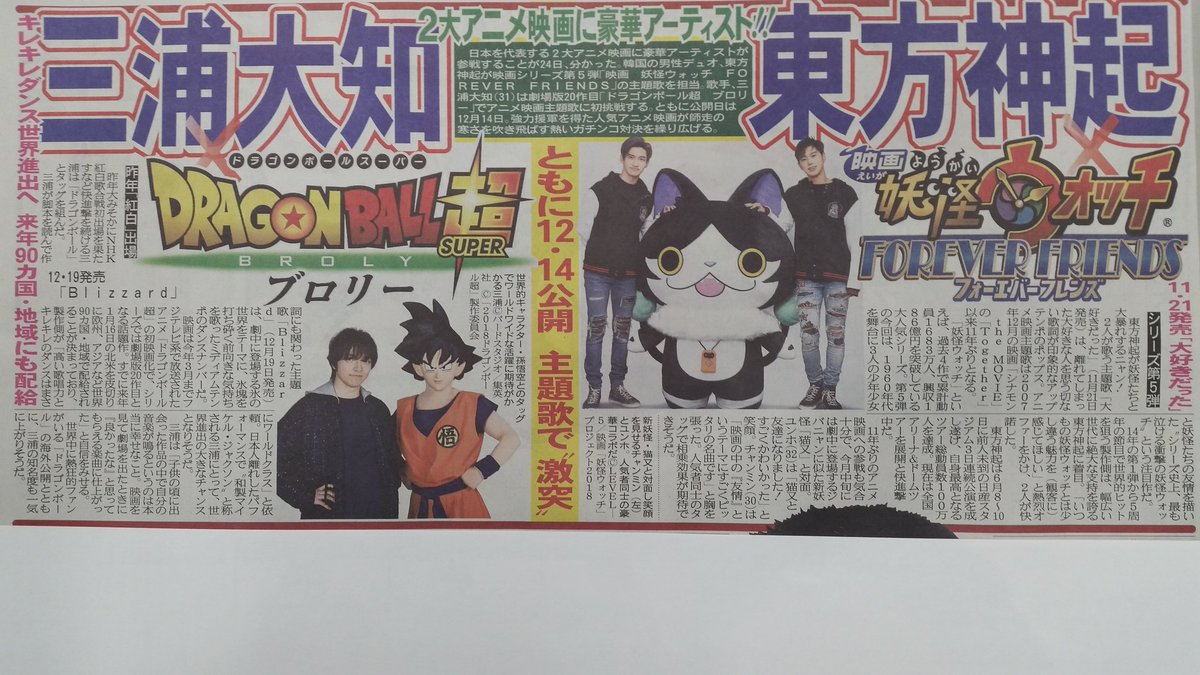 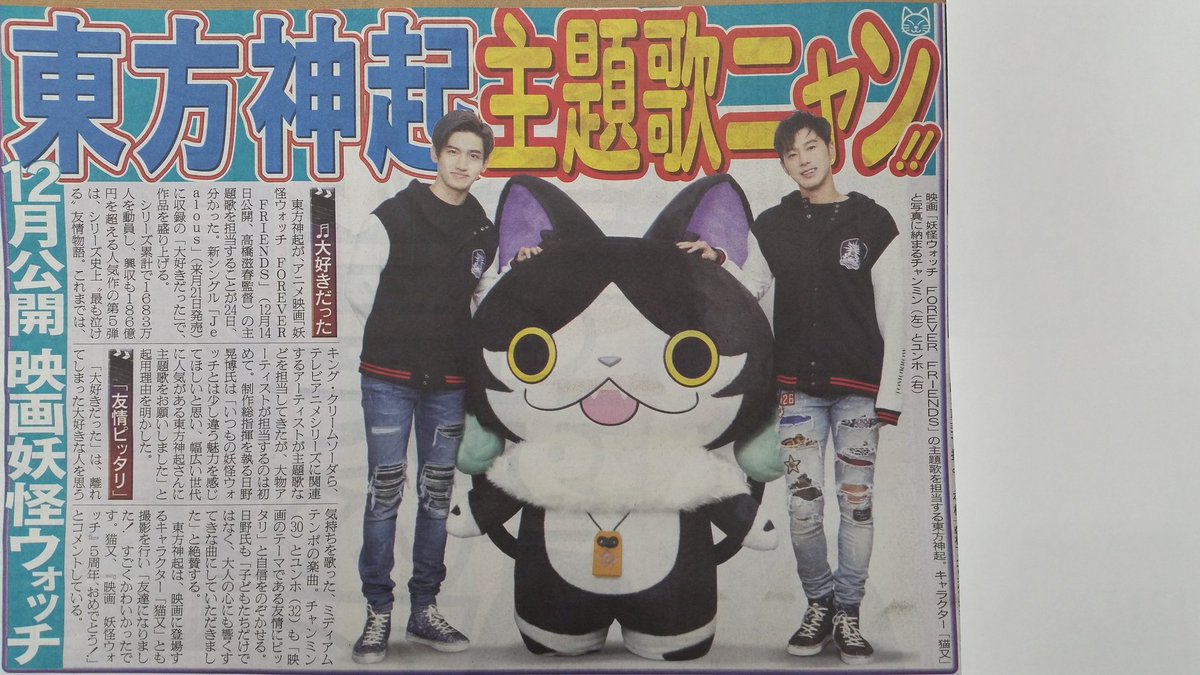 as we indicated above,
Post Written and Shared by TVXQ! Express