Tohoshinki’s male fans increasing! On ayfm78’s “GROOVIN’ ON THE ROAD”, Japanese actor and singer Takahashi Katsunori was revealed to be a Tohoshinki fan and attended their comeback tour! It seems that someone in his family is a Tohoshinki fan, and he got to see their tour through him/her.

On his blog on 171221, he made a post about going to Tohoshinki’s Begin Again Tour in Tokyo Dome with his son~ ^^ 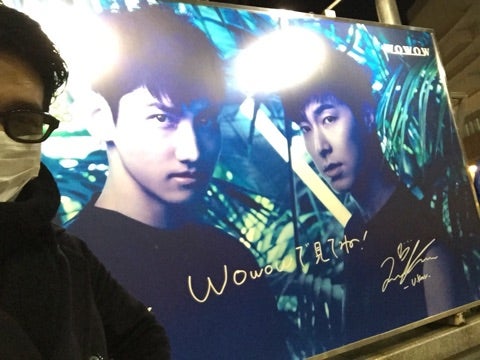