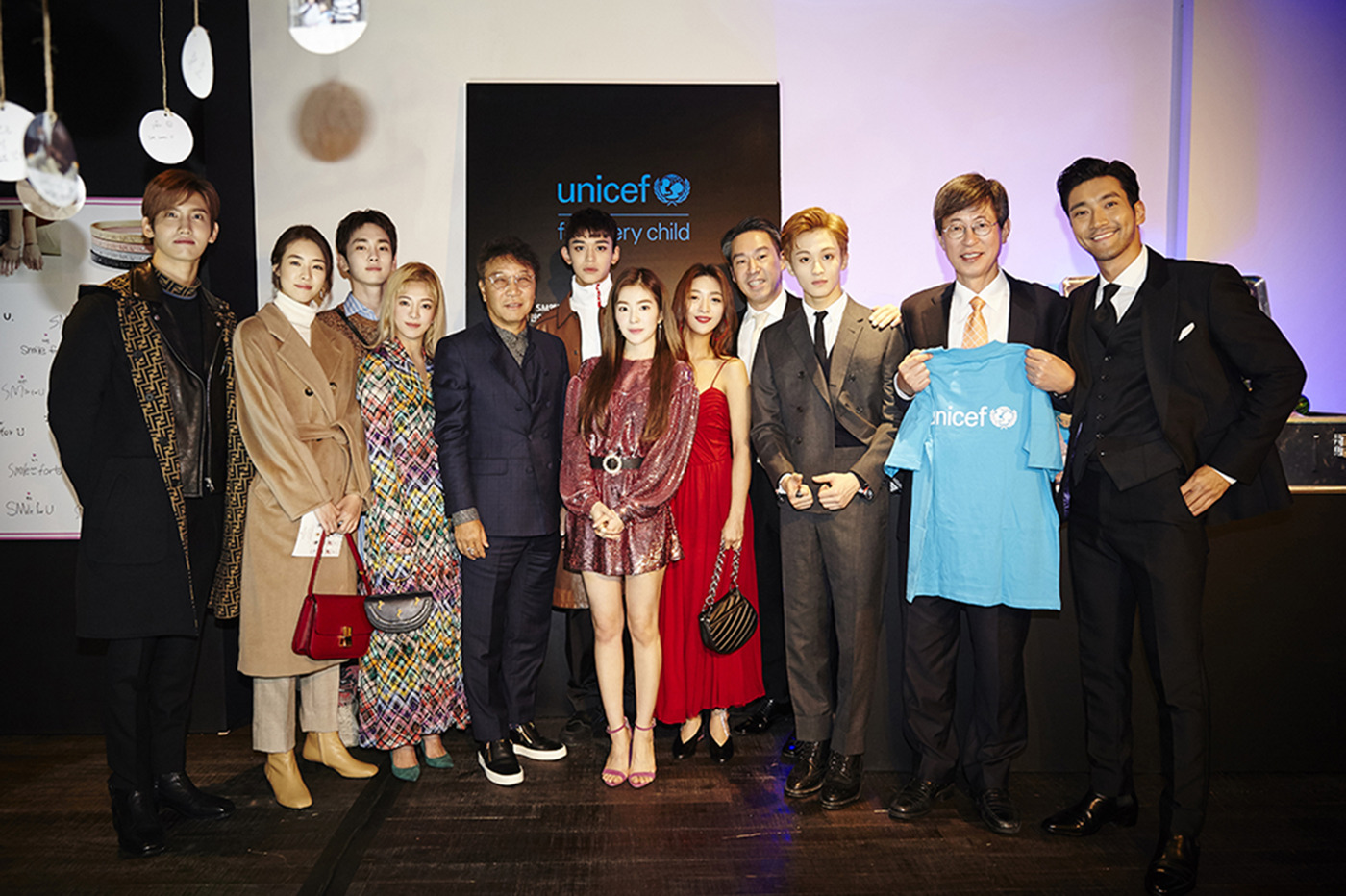 The charity campaign was held together with UNICEF Korea and Vogue Korea to raise money for music education for children in Vietnam. During the event, Lee Soo Man said, “SM works to produce good music, good contents, and good artists, and to repay the love that we receive from people in return. We have launched ‘SMile,” through which SM’s artists and employees can volunteer their skills and perform community service together, and will continue to do these activities in the future. We want to bring light to the world through good music and content.”

SM partnered with UNICEF in 2016 to sponsor the children’s music education program “SMile for U” and Super Junior’s Choi Siwon has been volunteering in person with the campaign in Vietnam. SM’s official social contribution project, “Smile,” launched in 2014, along with the “SMile Music Festival” through which its artists volunteer their time and talents towards the promotion of good causes.

Soompi (Source: mydaily via naver),
and photo by news1Korea via naver,
Posted and Shared by TVXQ! Express