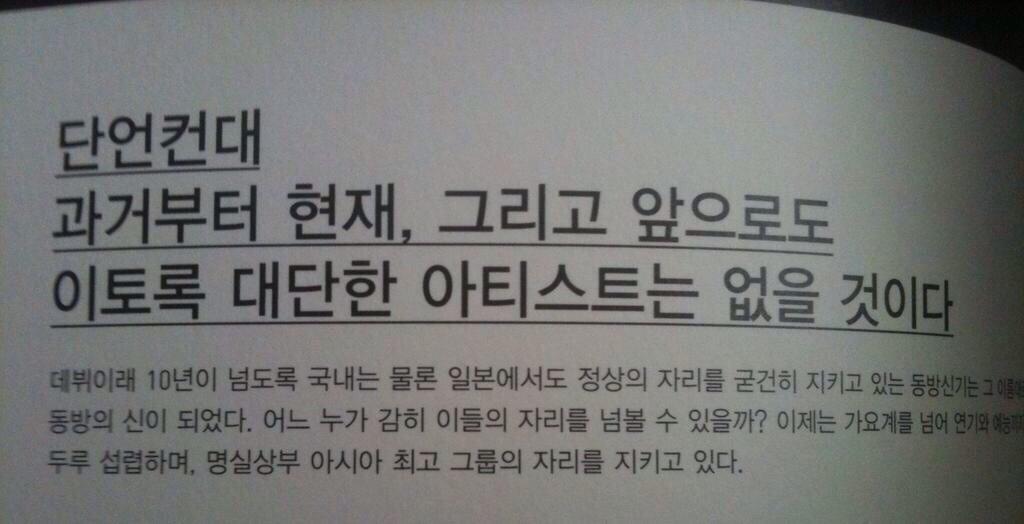 “To put it bluntly, from the past to the present, and in the future too, there will probably not be any artistes as great as them.”

From debut and for more than 10 years now, TVXQ, who has firmly protected their place at the top domestically of course, and in Japan too, have, as their name suggests, become the gods of the East. Who would dare to be able to try surpassing their places? Now, while surpassing the music industry and venturing extensively into wider fields of acting and variety, they are, true to their name, protecting their place as Asia’s top group.