Tohoshinki for the cover of Japanese Magazine ViVi – January Issue 2018 (release 171122), with an 8-page long interview and photoshoot!

You can pre-order your copy now from Amazon Japan: here (available on Kindle as well)! 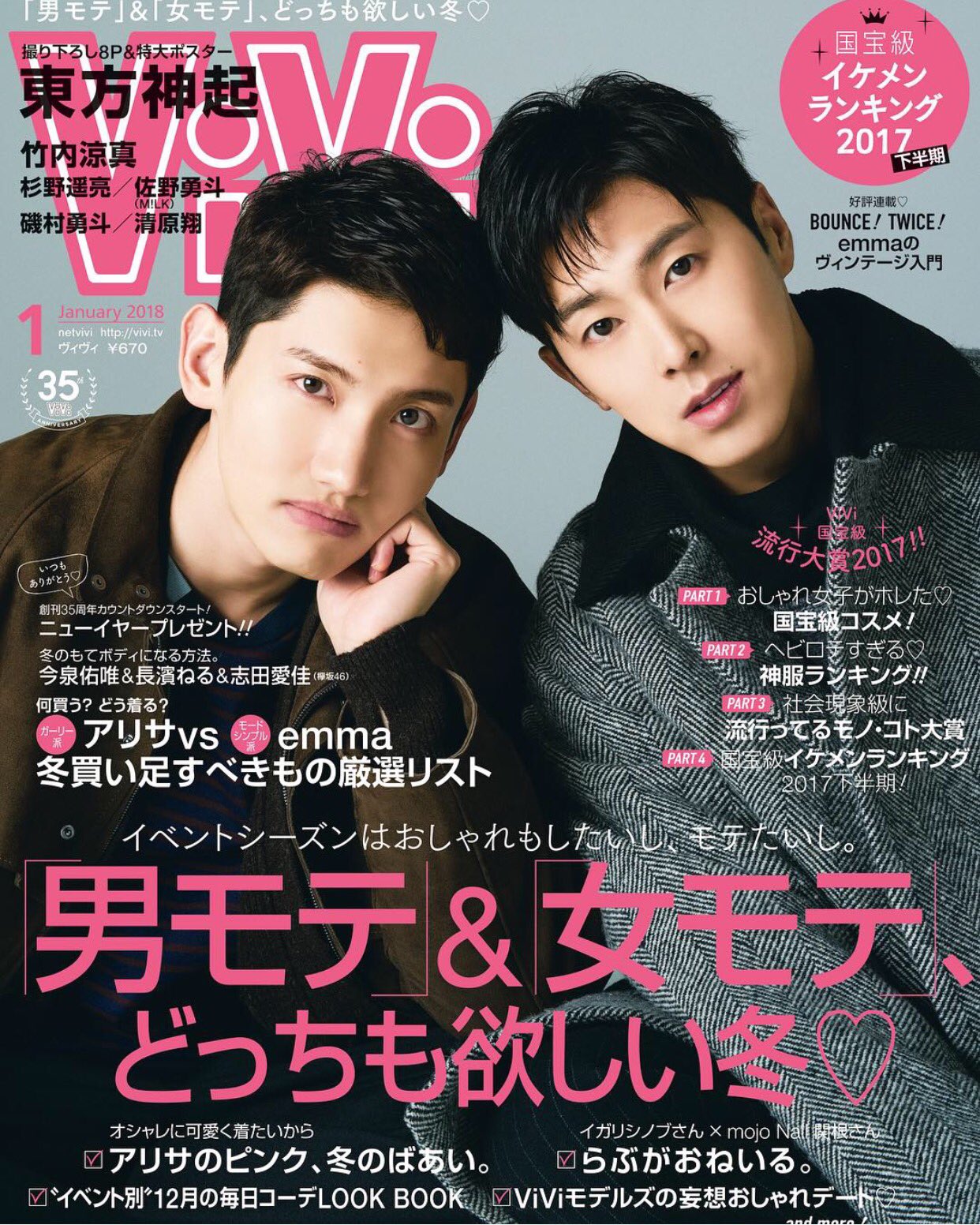 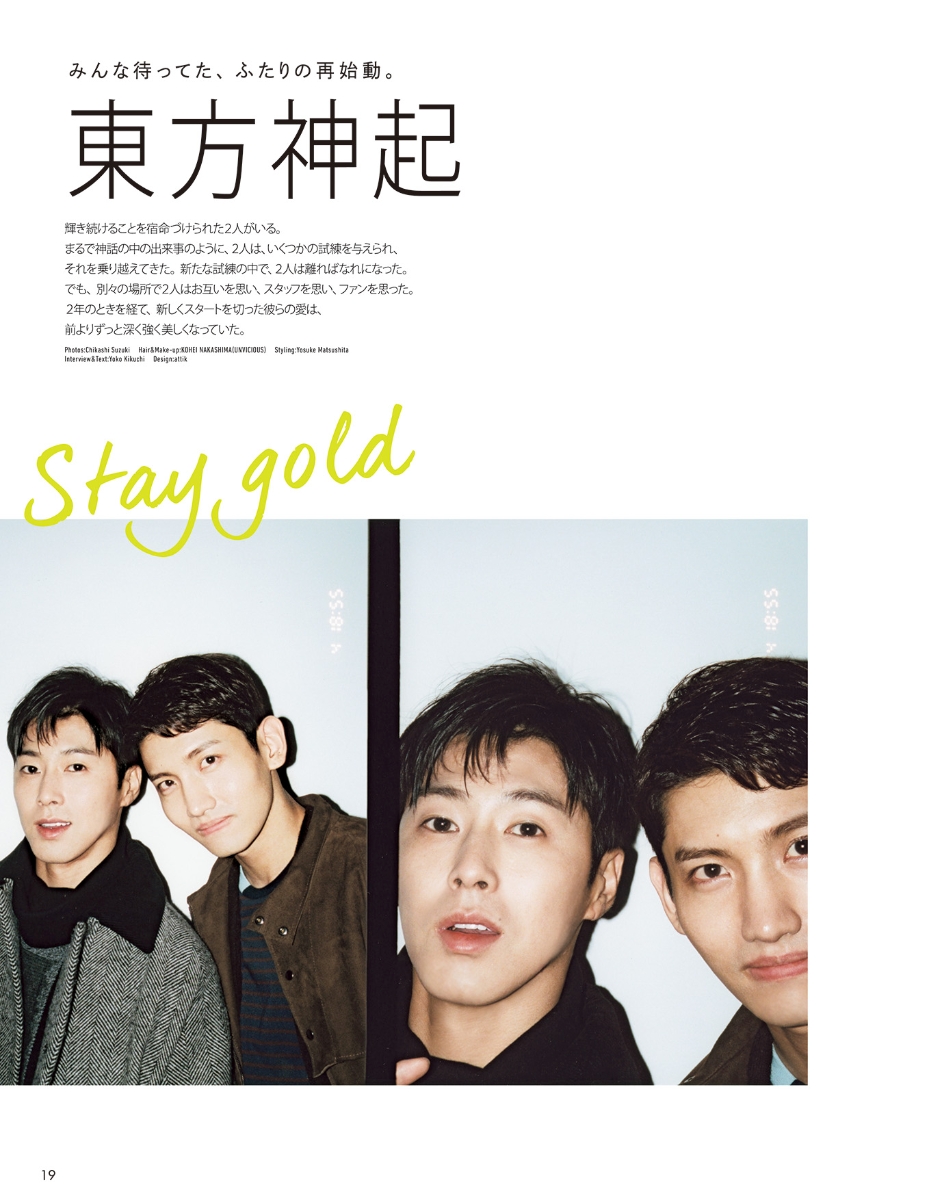 The shoot for Tohoshinki took place one day in October for a few hours amidst their crowded schedule. Yet there was no hint of any fatigue and they put in their best until the end, and were gentlemenly. They also ate the catered food that day well, especially liking the fried chicken and rice balls♡ the (boxes) in the picture are presents that editors had prepared for them (congratulating them on the restart, welcoming them back)