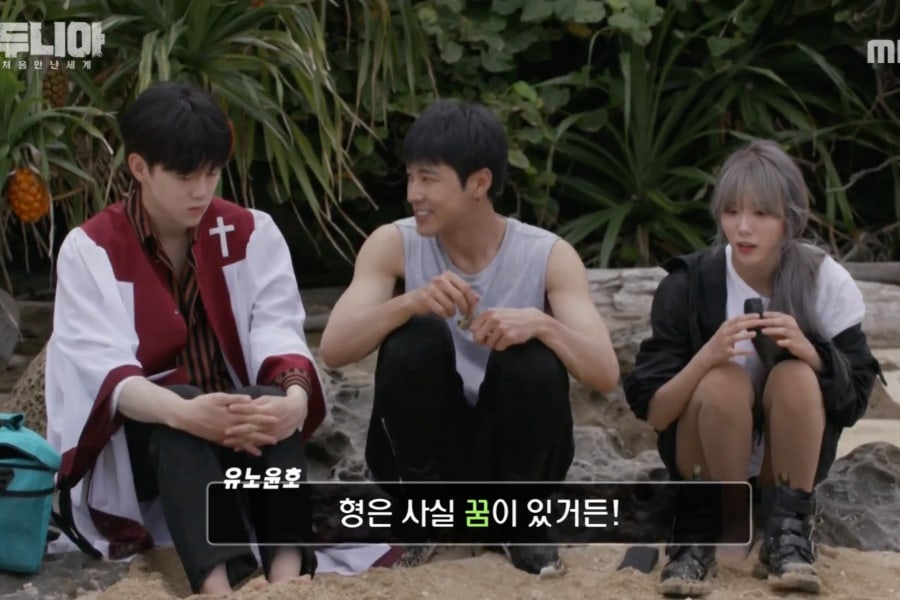 On the July 8 episode of “Dunia,” the three idols chatted next to the ocean.

When Yunho asked his juniors if they were curious about anything else, Kwon Hyun Bin asked, “I don’t know if I can really ask you this, but honestly, you earned a lot of money. Other singers buy buildings for retirement security. You really don’t spend much compared to what you earn, so I’m curious as to why.”

Yunho answered, “I don’t know how it’ll sound if I say this, but I also want to buy buildings and things like that are good too. But to be honest, I have a dream.”

He continued, “It’s embarrassing, but I want to establish a school if I get the chance to do so,” and told them that he wants to set up a music or arts school.

He added, “I think that if I do that, then our country’s culture might flourish more. It’s just something silly I’ve thought by myself.”

Kwon Hyun Bin commented, “When I see you, I think there’s a reason why you’ve maintained your position. I’m saying this to make you fell good, but I’m also saying this because I feel this way. I think when we grow up and you establish your school, I’ll get chills.”

Luda said, “I want to quickly earn money and send my parents on a trip. I’ve never sent them on one yet.” Yunho encouraged her by saying, “Luda, your sincerity will definitely motivate you.” 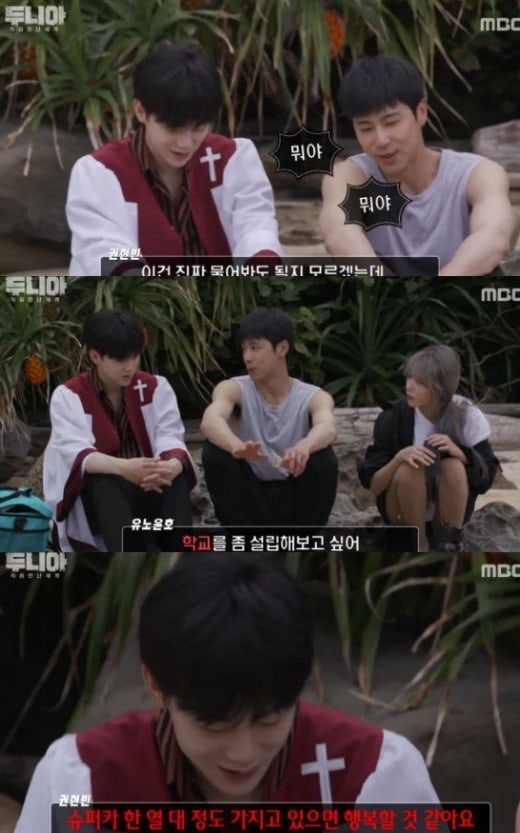 Kwon Hyun Bin asked, “Really, honestly?” then revealed, “I think I’ll be happy if I had like 10 supercars. Not for appearance’s sake, but I want to become someone with that much financial luxury.”

Yunho concluded, “Since you guys spoke about your dreams today, you’ll be able to get one step closer to your dreams. Also, since I heard it, you guys will try to accomplish them even more and I think you guys gained more courage.”

“Dunia” airs on Sundays at 6:45 p.m. KST. Check out the latest episode below!