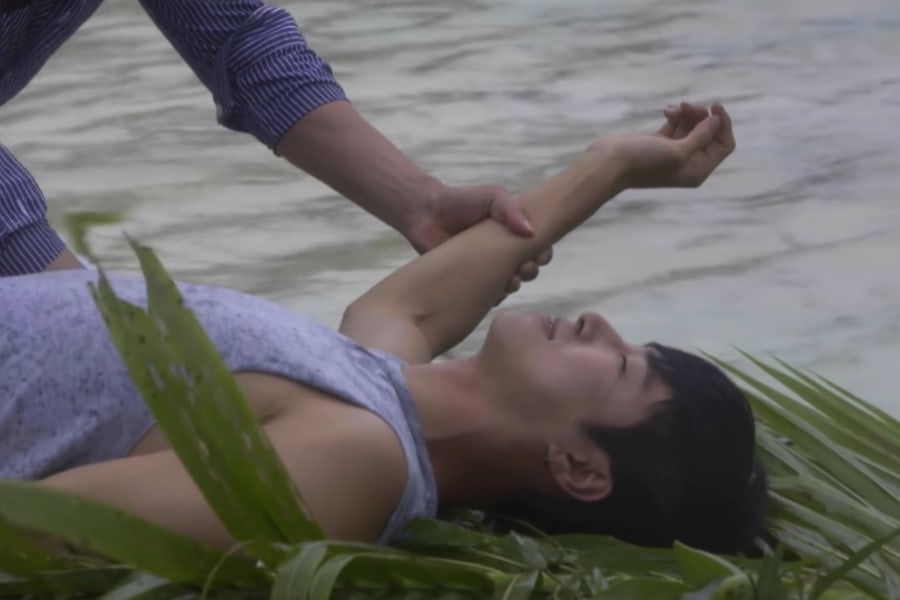 On the July 8 episode, Yunho’s character died after getting attacked by a dinosaur. He sacrificed himself to protect his members and they held a funeral for him by the ocean.

However, a couple of the cast members couldn’t stifle their laughter during what should have been a somber funeral scene. The cause of the chuckling was how Yunho moved when the members came to pay their respects, and the way the others were joking with him during filming.

When DinDin kneeled and prayed near Yunho’s lower body, the TVXQ member couldn’t help but quickly move his hand to protect himself. He also flinched and smiled when Sam Okyere and Austin Kang touched him, despite the fact that he was playing the role of a dead person, and started laughing when his pulse was checked through his armpit. 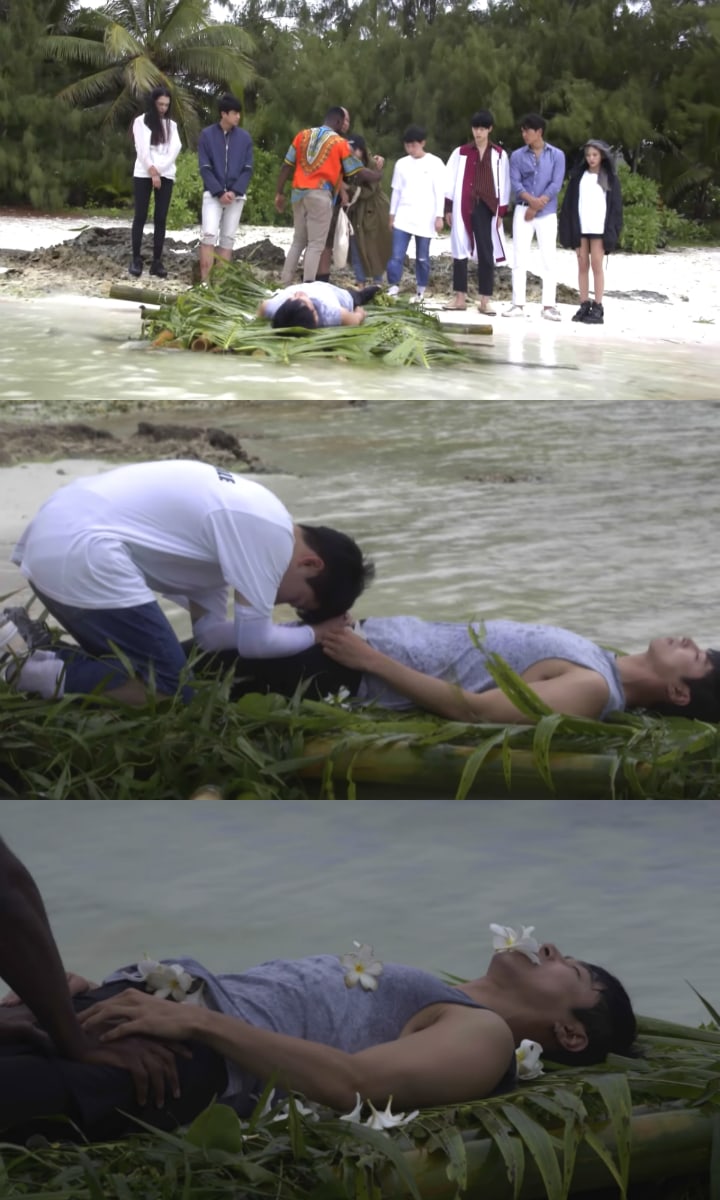 This scene became a trending topic online for how hilarious it was when it was aired, and the new footage is even funnier!