On the 180708, Changmin mutually followed Yoo Seyoon, part of the comedian duo UV whom TVXQ fought against in God of Victory at 2012. There, he liked and left a comment at one of his videos where he sang Mirotic lyrics. On the 9th, Yunho also liked and commented~

Yoo Seyoon ordering from a delivery place saying ‘is it not too late to place an order?’ + singing the first lines of ‘Mirotic’ 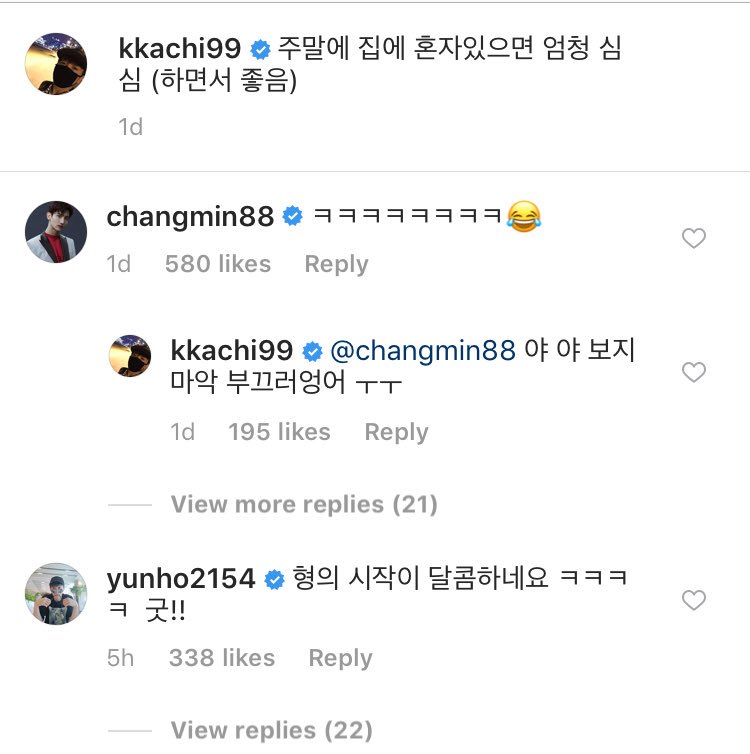