One of Yunho’s army unit members mentioned in his radio broadcast the story about when Yunho took them out for a meal at SMT Seoul Restaurant, meeting Changmin there (back in 170106, more about it here and here), and sharing a sweet story about Changmin taking care of them as well as Yunho.

Changmin was said previously to have contributed to the meal’s expensive bill, but according to the soldier it looks like he paid it full when he left early ^^
Later in a clarifying post to a fan, he talked about the two members chatting, and after Changmin left, about how Yunho took care of them and treated them to another place! 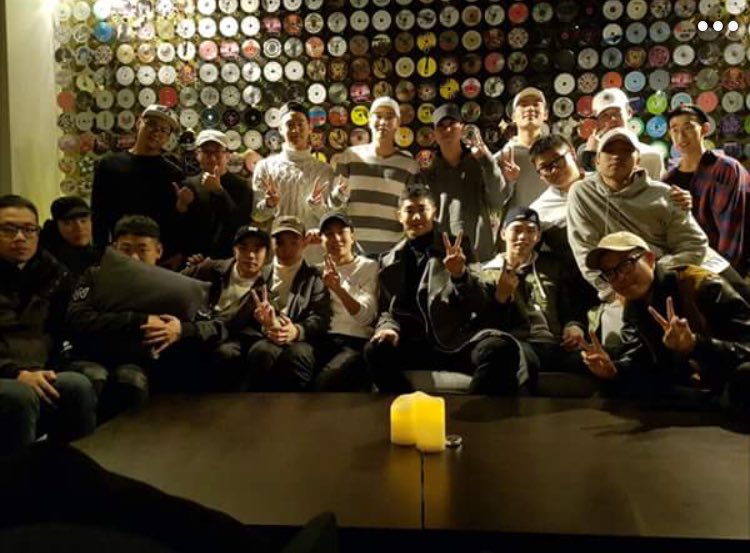 Post by a fan who listen to his radio broadcast:

Omg when Yunho was in the army, he took 26 of his army bandmates and went to SM restaurant and each ate $140. Changmin ate with them because he was

on vacation too but left early. At the end Yunho went to go pay and it turned out Changmin already paid for all of them as he left

Clarifying post from the soldier about that night’s events:

{p/n: his chat includes reference to an encounter with an anti who seems to have scared him into changing his initial words, and him apologising about the misunderstanding that was caused by it.}

Hello, this is Nanan. First, I saw what was written on twitter… Honestly I was scared… What I said on my broadcast made it on to twitter and to be honest, I was scared and afraid, so when I got the message from Gaeguri {t/n: the Yunho akgae} nim, I wondered if I had made a mistake, and whether I was not supposed to talk about celebrities. That’s why I answered defensively and if I say this, I know that you would say that I’m taking my words back and I’m changing my words… On that, I would like to sincerely apologize…
At the time, the reason why Changmin nim wasn’t in the picture was because he came after the picture was taken, while we were eating. After dinner, Yunho went to go pay, but dinner was already paid for. Looking at the circumstances, I think Changmin nim paid for it earlier….
After that, separately, we went somewhere else and Yunho nim graciously paid for all of us there and took care of each of us until late at night and I still can’t forget that….
As I remember, the two of them were talking to each other at the end and from what I remember, they said that they rely on and believe in each other. He {t/n: Changmin} left after that, and we continued to hang out after he left.
And what I would like to apologize for is that when I got the message from Gaeguri nim, I answered defensively, thinking I wasn’t allowed to talk about it. I was scared and afraid and thought I’d made a mistake…. I apologize to Gaeguri nim… I’m very sorry for going back on my words…. The person who posted on the twitter was right… They seemed to have a really good relationship… I’m very sorry for going back on my word and I hope that no one is hurt because of this and every day is filled with happy things… Genuinely…
I am sorry once again for causing chaos. I will never talk about this again and I will be careful with my words from here on out…. I bow my head in apology once again…
Thank you….

@ONHWATVXQ: 1 and 2,
Translated by @janieTVXQ : 1 and 2,
Post written and Shared by TVXQ! Express