Tohoshinki were the headliner for 2018 a-nation Tokyo performance’s first day (on 8/25) at Ajinomoto Stadium! This post includes translations of their a-nation performance in a Sankei Sports newspaper article. 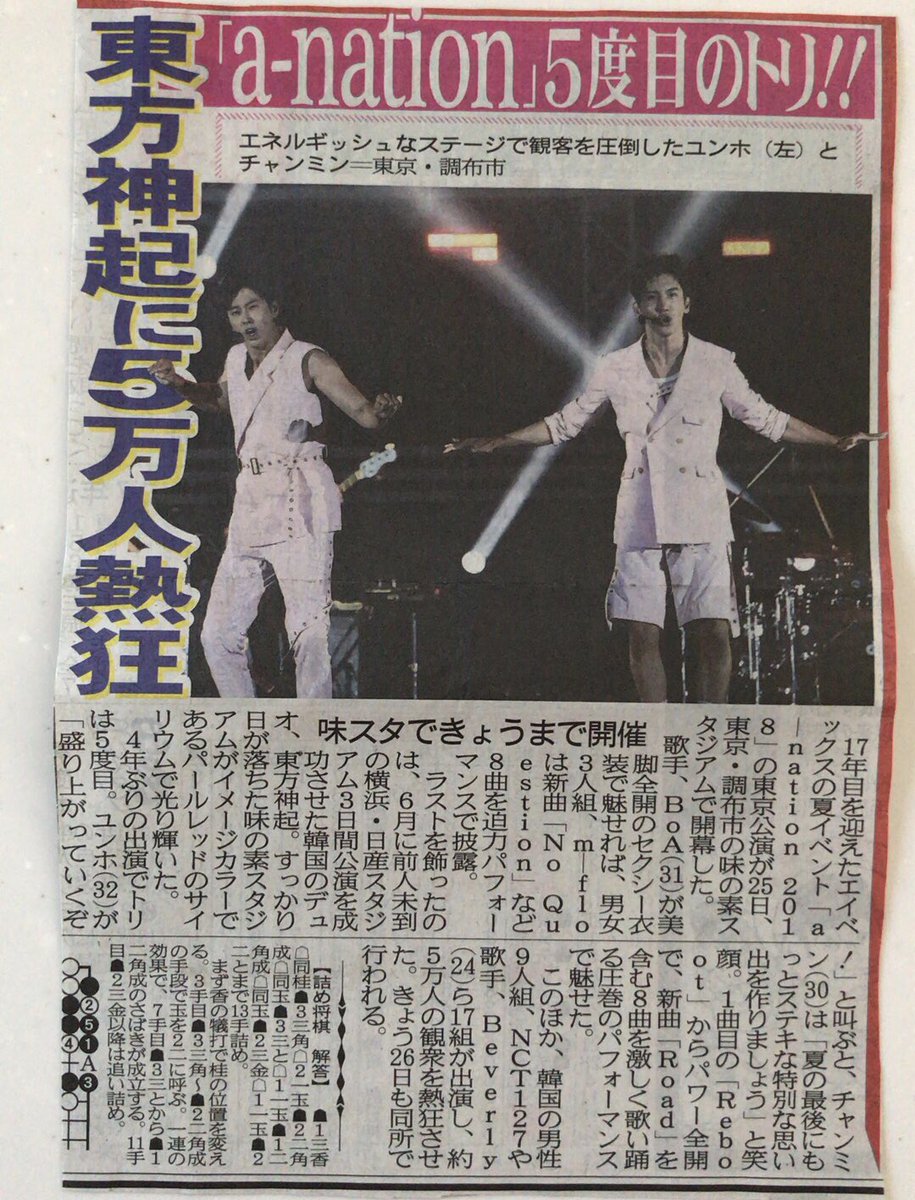 The final performer of the day 東方神起, the Korean duo who is the first ever to have successfully held 3-days consecutive concert at Nissan Stadium, Yokohama in June, has completely illuminated the Ajinomoto Stadium with their image color, pearl red light after sunsets.

Performing after 4 years and 5th time as the finale act, Yunho (32) said “Let’s have a blast!” while Changmin (30) went “At the end of Summer, let’s create special beautiful memories”.

They went all out in full power since the first song “Reboot”, singing and dancing intensely for a total of 8 {t/n: *should be 11} songs, including their new song “Road”, were the highlight of the evening.

Sankei Sports via @Changmin88218 ,
Translated by @joeylfy,
Posted and Shared by TVXQ! Express