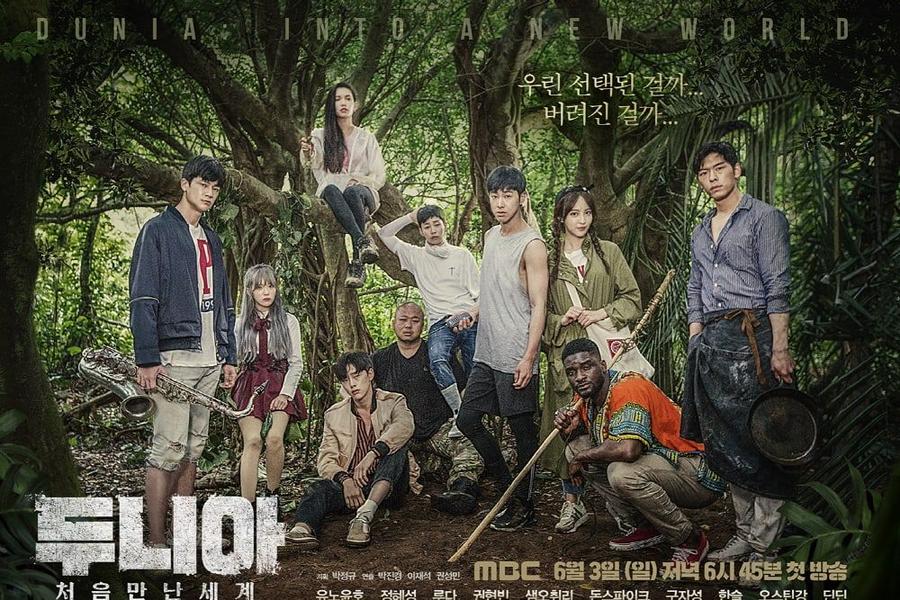 MBC’s “Dunia” will be wrapping up its first season.

On September 22, “Dunia: Into a New World” released an official announcement and stated, “The first season of ‘Dunia’ will be ending on September 23. We were planning to air a special episode on September 30 and have that be the last episode, but we have decided to end with 15 episodes on September 23 as originally planned.”

The previous week showed them splitting into two groups and competing for their last chance to escape “Dunia.” The teams are led by Yunho, the only person who has experienced death and revival in the show, and Jung Hye Sung, who knows how to use the controller that open up the warp hole and uncover the secrets of “Dunia.”

The cast members’ final fate will be decided by viewers’ votes, and their ending will be revealed on September 23 at 6:45 p.m. KST.