On 181030, Tohoshinki visited Tokyo Skytree and left their autographs at the “East (東)” pillar in SKYTREE TERRACE TOUR), located 155 meters above the ground.

Here is more about their visit as told to a fan by the guide who apparently also escorted Tohoshinki there.

I asked the guide today about the boys (seems she was the one accompanying them when they went)
After she showed us the ferris wheel..
She said when she showed it to them changmin said he went there… then she told him its nice to go there with a girlfriend..
He told her that actually the 2 of them (with yunho) went twice there… and he wanted to go with a girlfriend instead 😂😂😂😂😂😂😂😂

Then she told us.
Seems changmin san likes beer…
We told her we know…
She said when she showed them the asahi beer building.
Changmin said he loves beer and his eyes were sparkling talking…
We asked her what yunho said
She said yunho said beer tastes god after concert…
Then changmin told him no it tastes good all the time
Then said that interaction looked cute
(Ps. She is not a fan)

Here are close photos of their signatures: 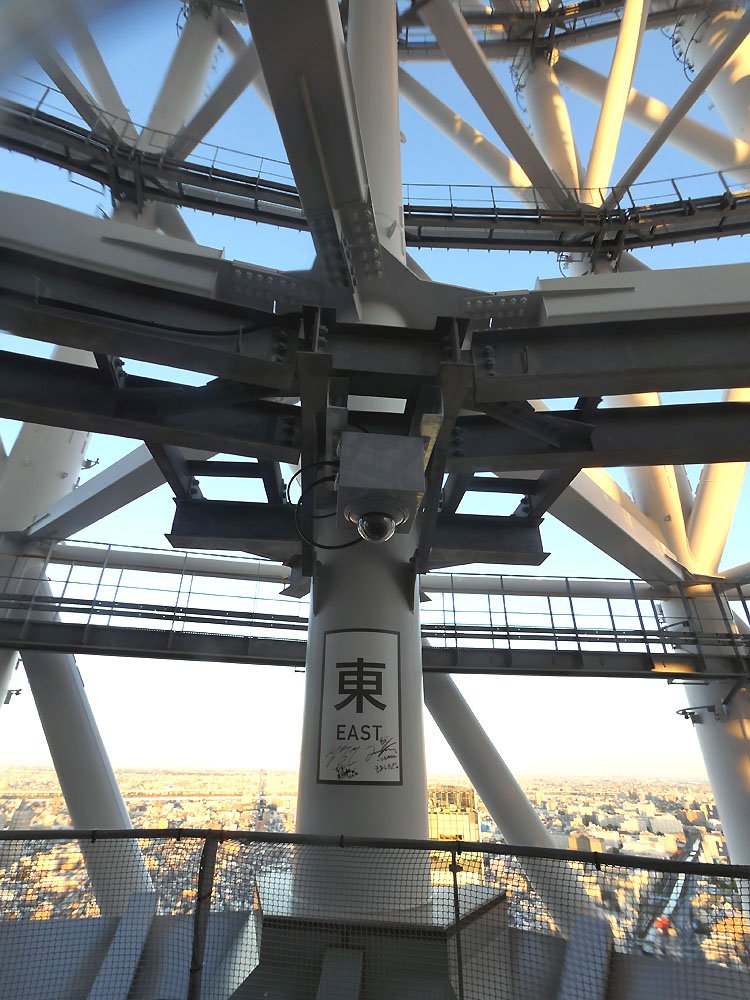 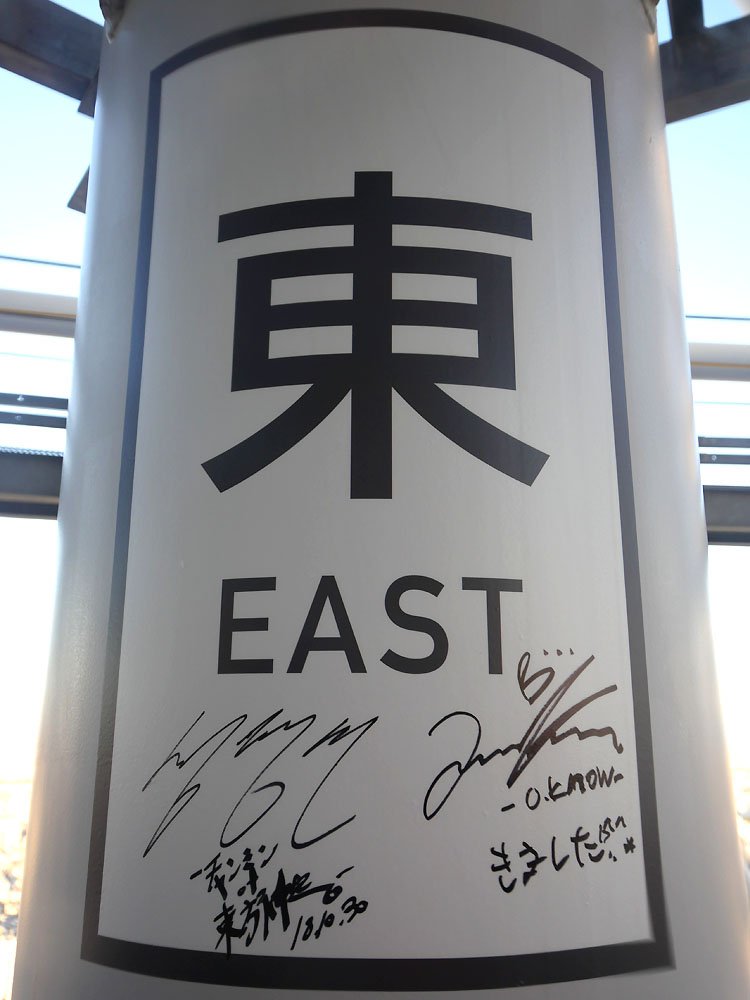 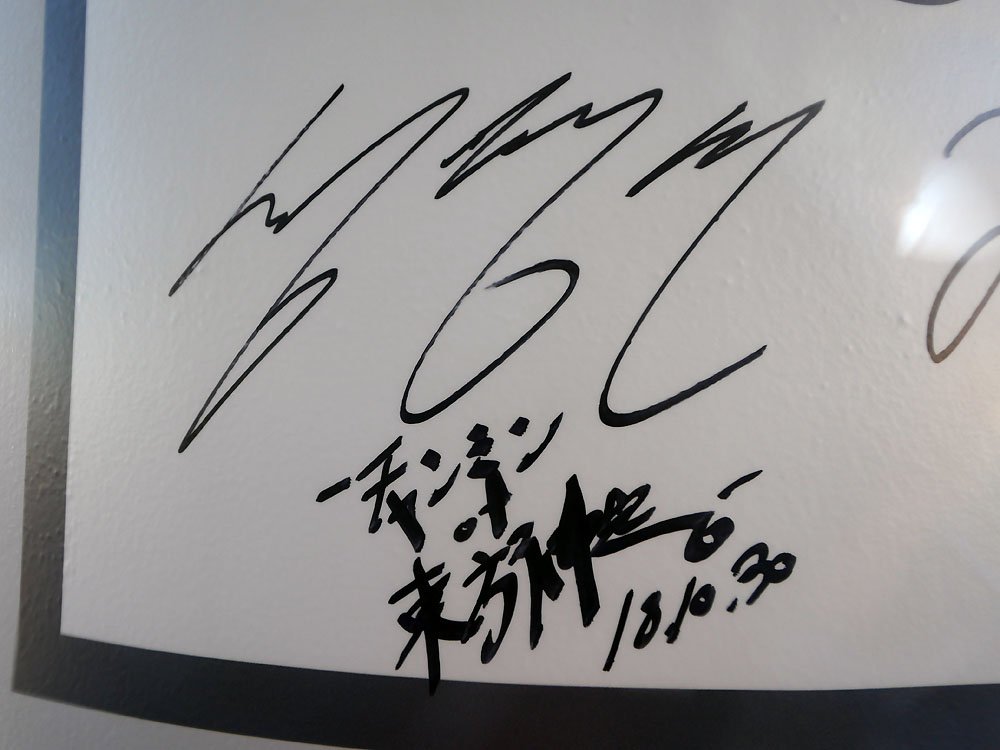 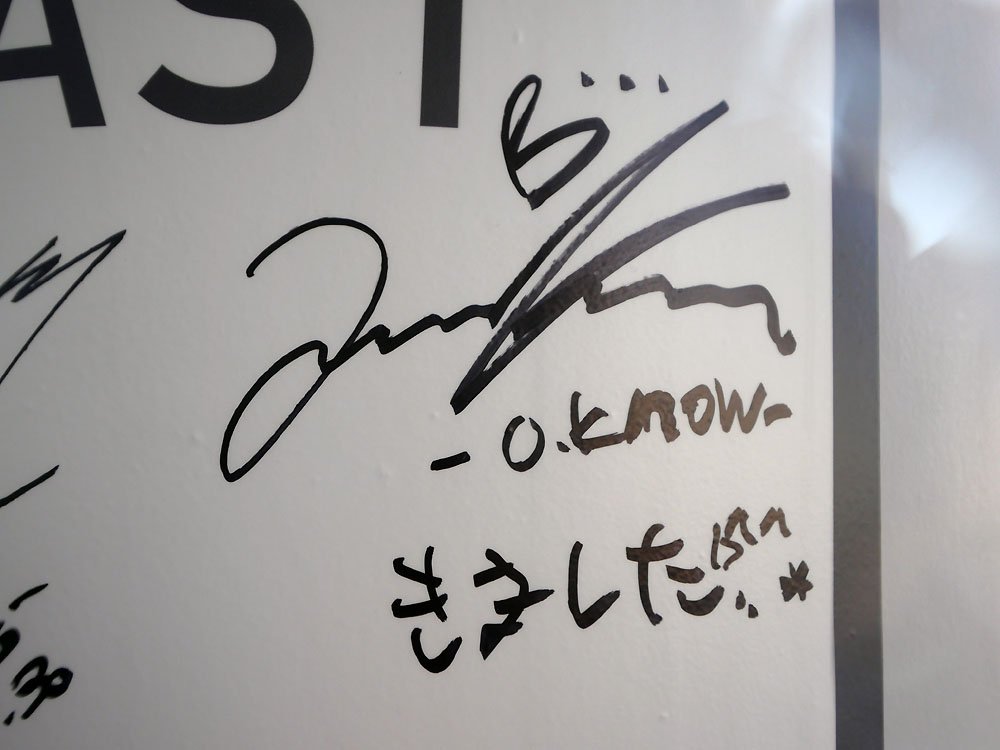