Tohoshinki were mentioned in a local Niigata newspaper. The article praised their live performance, and also reported the duo saying the Niigata food catering and its rice are the best. It also mentioned how it led to long queues in front of the stores in Niigata station and interest from fans from other prefectures in Japan~ 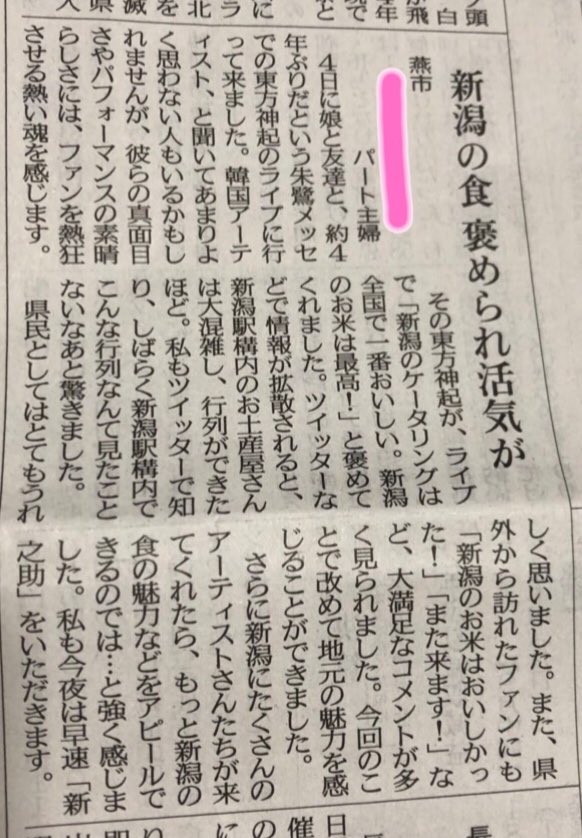 as indicated above,
Post written and Shared by TVXQ! Express