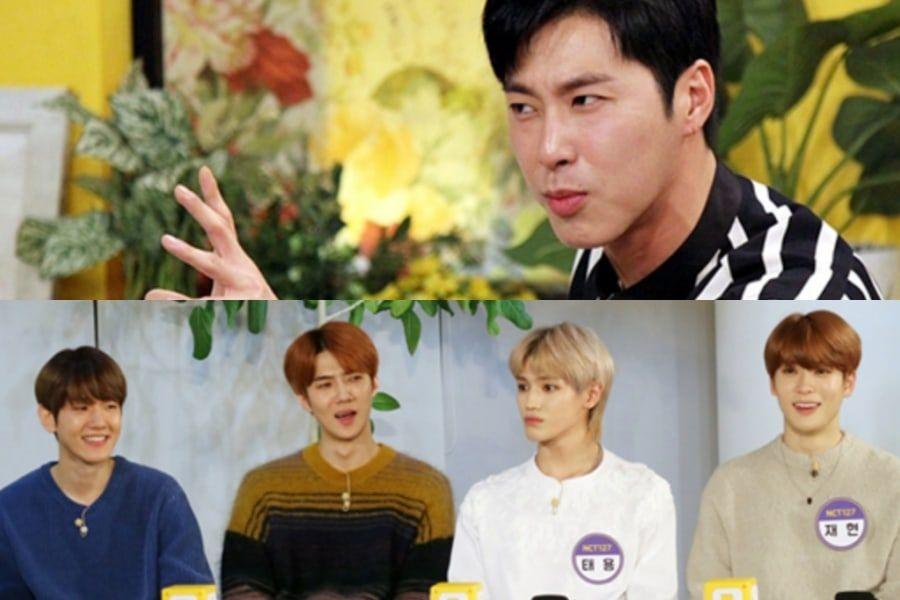 During the show, they talked about their casting experiences, their agency, SM’s famous Halloween party, and more. At one point, BoA said, “At SM there’s something called ‘Yunho Time.’” The other SM artists all chimed in with their own experiences with TVXQ’s Yunho’s “Yunho Time.”

Baekhyun said, “Yunho monitors all his juniors’ performances and talks to us about them. It takes a long time. We have to keep switching out the member that he’s talking to.” He added that “Yunho Time” can last as long as two hours.

Key said, “‘Yunho Time’ does not work on me. Like him, I like to talk, so I don’t have a good reaction when I have to listen.” He revealed that Yunho chooses his “targets” for “Yunho Time” based on their reactions.

You can watch the episode of “Happy Together” here.

{p/n: it seems Yunho’s mentioned will be in next week’s episode (this SM artists episode is being broadcast in two parts)}

Soompi (Source: mydaily and 한국일보 via naver)
Posted and Shared by TVXQ! Express