Tohoshinki appeared on TBS’s “CDTV” in the “Artist File” corner. They were invited on the tokyo water bus “EMERALDAS” (Tohoshinki have been before to the tokyo water bus “HOTALUNA” for WITH album promotions back in 2014 Christmas ). The theme was about Tohoshinki going around their ‘places of memories’ together, following their ‘places of memories’ , and talking about ‘Toho until now’ together! [cr: @TBSCDTV, Translated by @xx__0_0__xx]

The selfie they took on the show where the rainbow bridge appears on the background was shared by the show’s official twitter, please like and rt ^^* 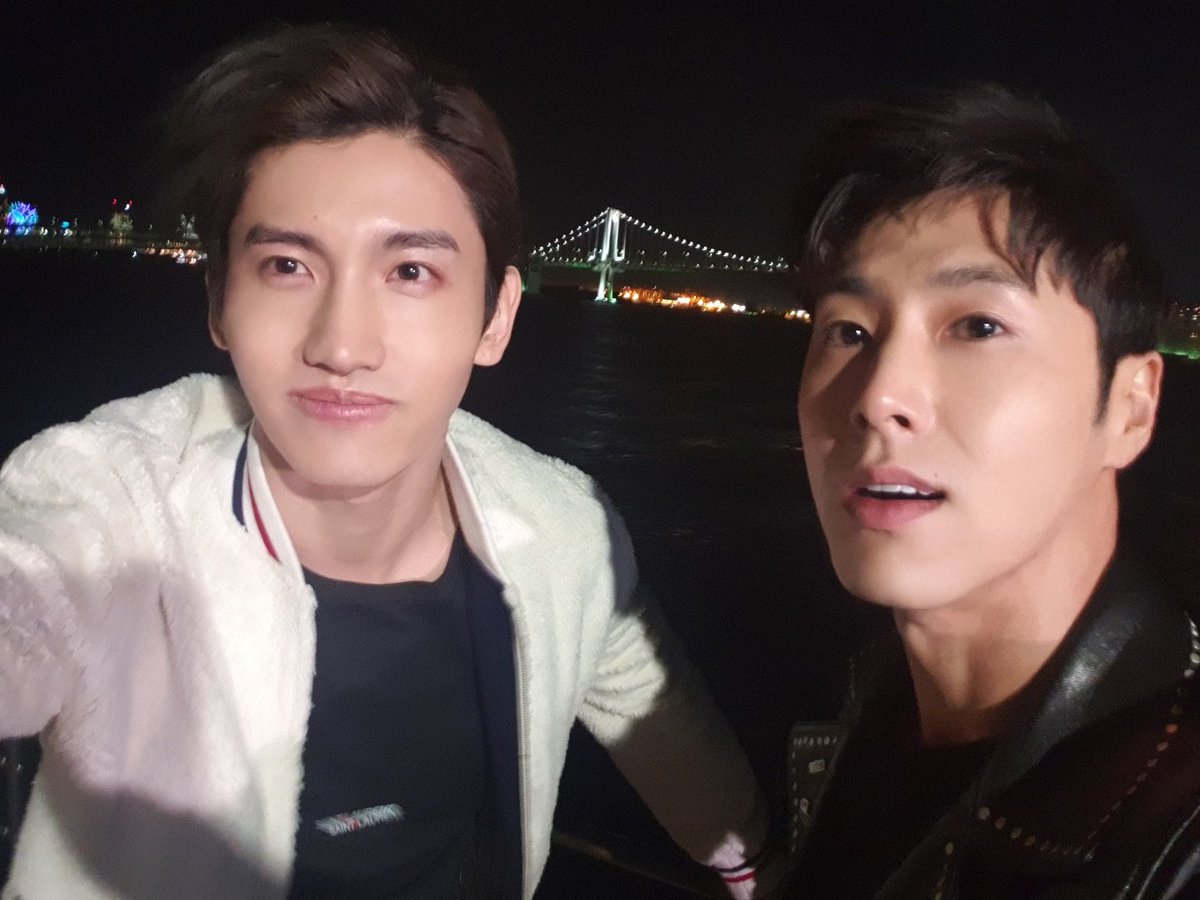