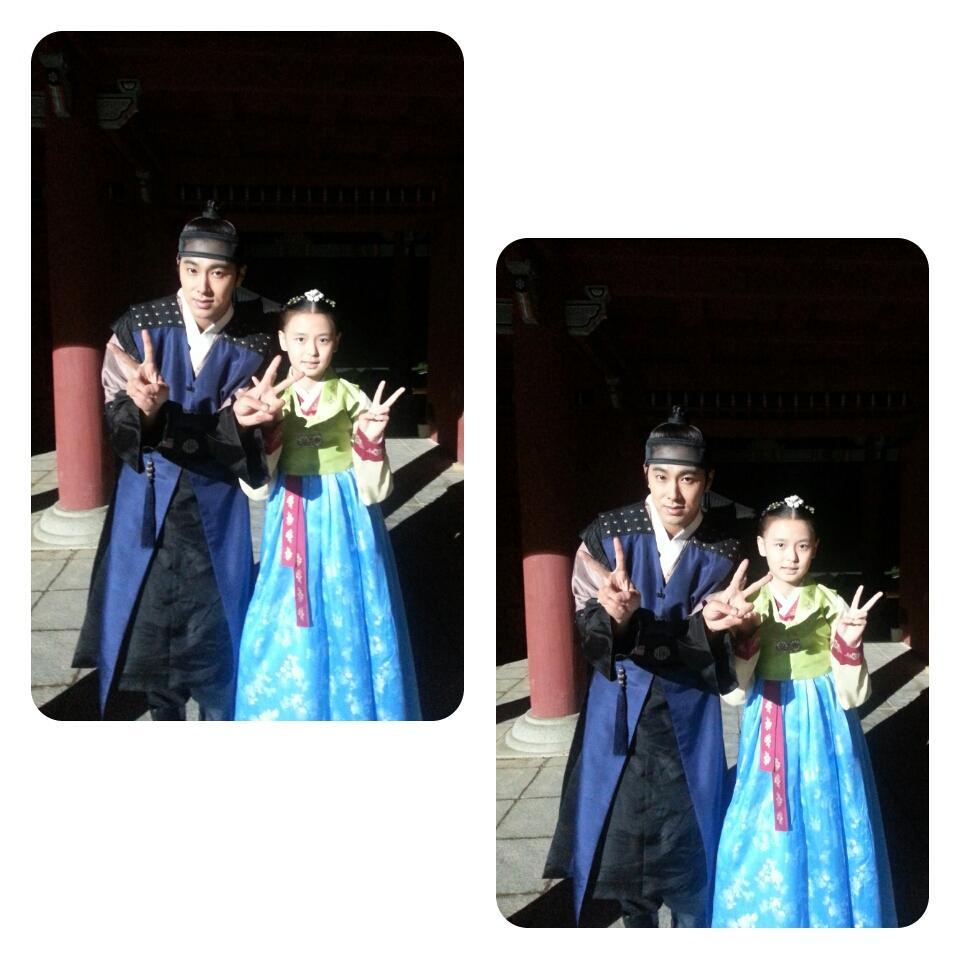 “After Yawang.. A photo with U-Know Yunho oppa whom she is seeing for a second time~ During Yawang, (they were) lovers~?? ㅋ In “Journal of Night Watchmen”, (they are) siblings (brother and sister) ~ ^^ Isn’t this type of thing fate~~?? Soyeon~, who has said she wants to become U-Know Yunho oppa’s fan!! (She said that) looking at him from a close distance, he looks kind and even more handsome~ ^^”