A non-fan/s posted on DC YH about meeting Yunho early morning (cr: @snxy) of 150409 at a bowling Alley together with Son Hojoon and two of their friends. Since this is not work related, and Son Hojoon hasn’t posted about it on his SNS either, TVXQ! Express will not share any photos and only translations of the accounts: 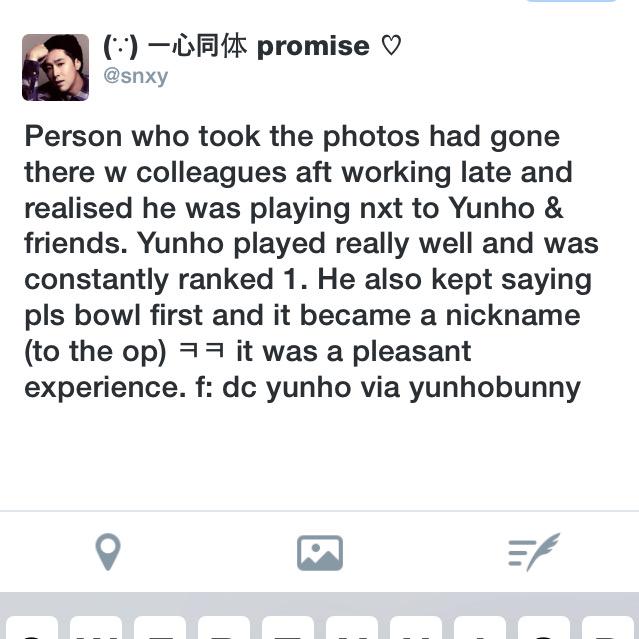 The talk show will be broadcast on Daum’s Entertainment TV Preview at 10 p.m.