Tohoshinki were invited to perform on Fuji TV’s “2017 FNS Music Festival (First Night)”. Although it was not announced before, they started performing with “Doushite Kimi Wo Suki Ni Natte Shimattandarou? (Re-recording version)” (at 20:52 JST) dressed in white! Then they performed the scheduled performances, starting with commenting on their new song (at 21:52), performing “Reboot” (22:08) on TV for the first time, and ending the ceremony with a joint collab with other artists to cover Nakajima Miyuki’s song “Ito”. 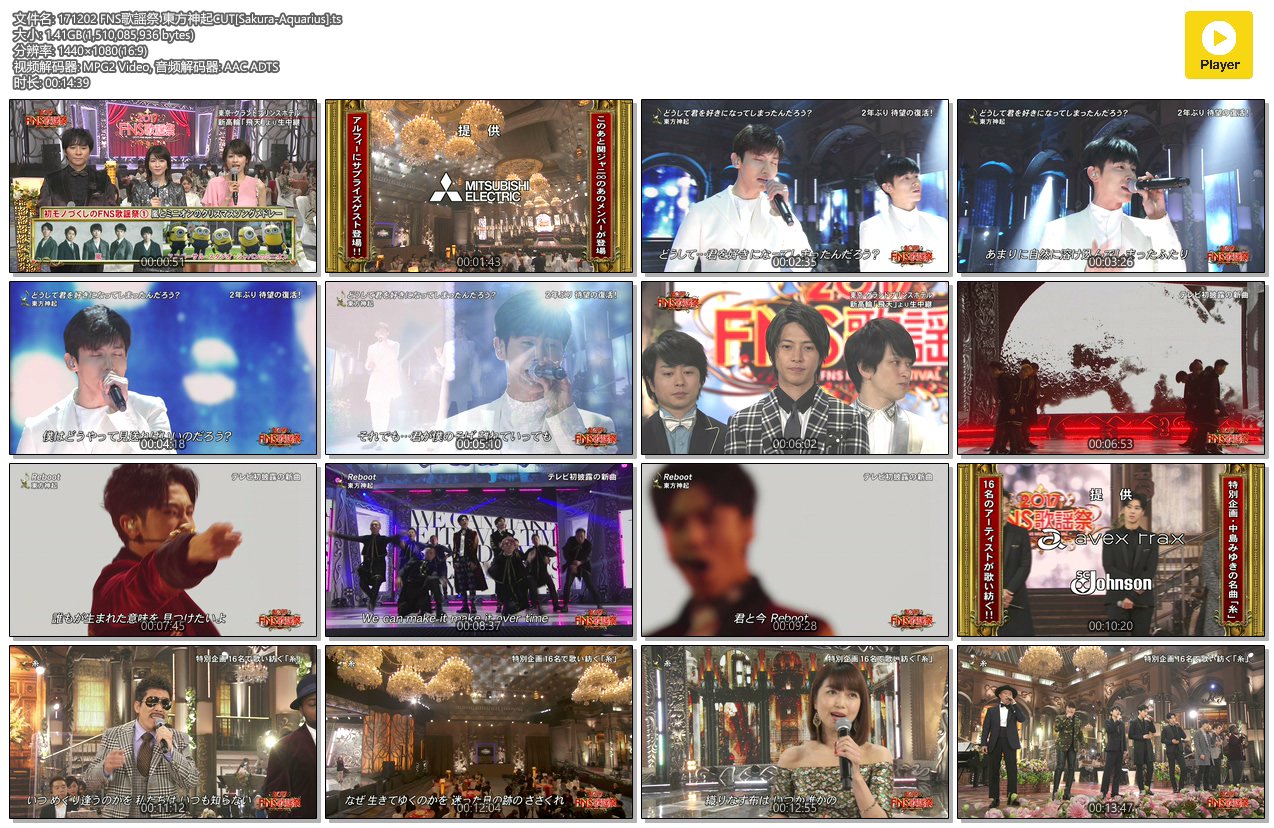