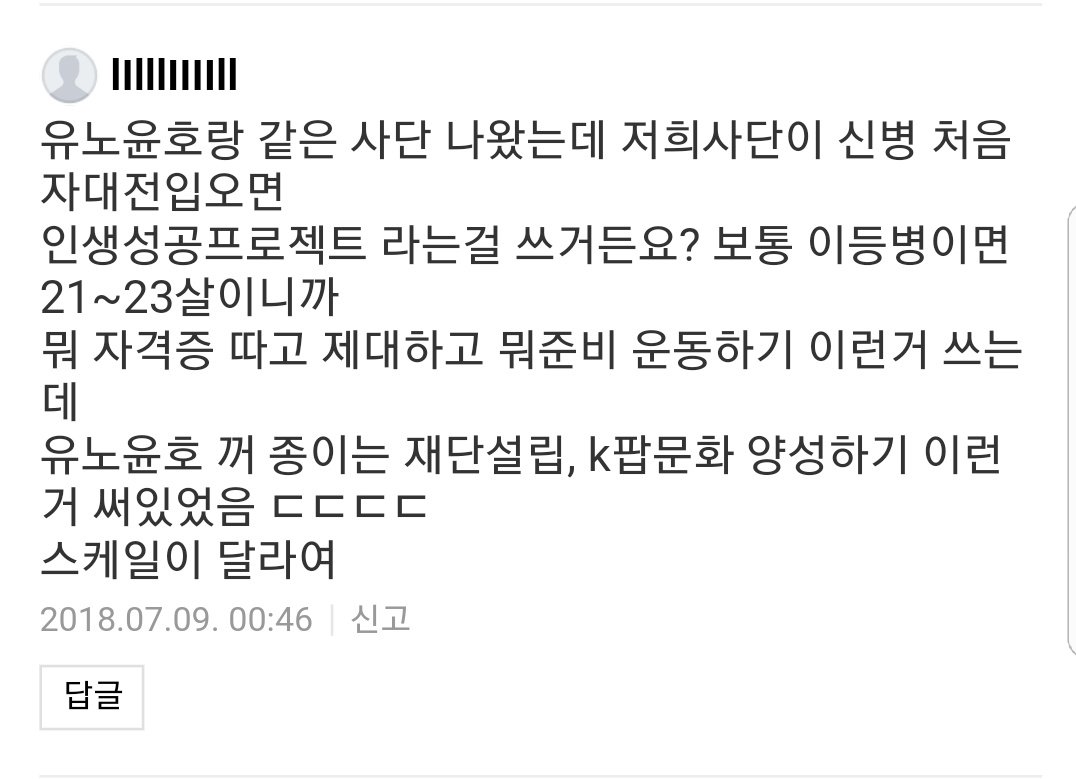 A comment posted on a forum post about why Yunho doesn’t buy buildings. OP posted that as new officers in the barmy, there was a “Life Success Project” (on future goals). Most 2Class officers (usually 21-23yrs) would write wanting to get a certificate, exercise etc but Yunho wrote his dream was to establish a foundational school and cultivate k-pop culture.

Hyunbin: tbh (hyung) has made a lot of money. Others often buy buildings. However, as compared to e money hyung’s earned, (hyung lives) so simply. I’m curious as to why.
Yunho: i too want to buy buildings but tho that’s also nice, actually hyung has a dream! if there is an opportunity, i want to try to establish a school! A musical… arts school which I would be able to do..!