Tohoshinki appeared on  NHK「Utakon」live broadcast on 181002 and performed Road!

The staff report mentioned the duo’s interest in improving their Japanese, how they were a bit nervous about the first live broadcast in a while but smiled saying they will work hard today too.

The post also included a message from Tohoshinki for the fans 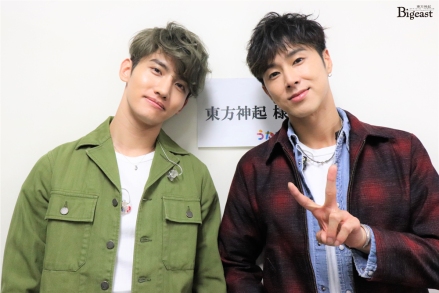