{t/n: Yunho used the original Korean word for cameras “사진기” instead of the English word “카메라 (camera)”, which seems to be used often with the old fashioned (film) cameras} 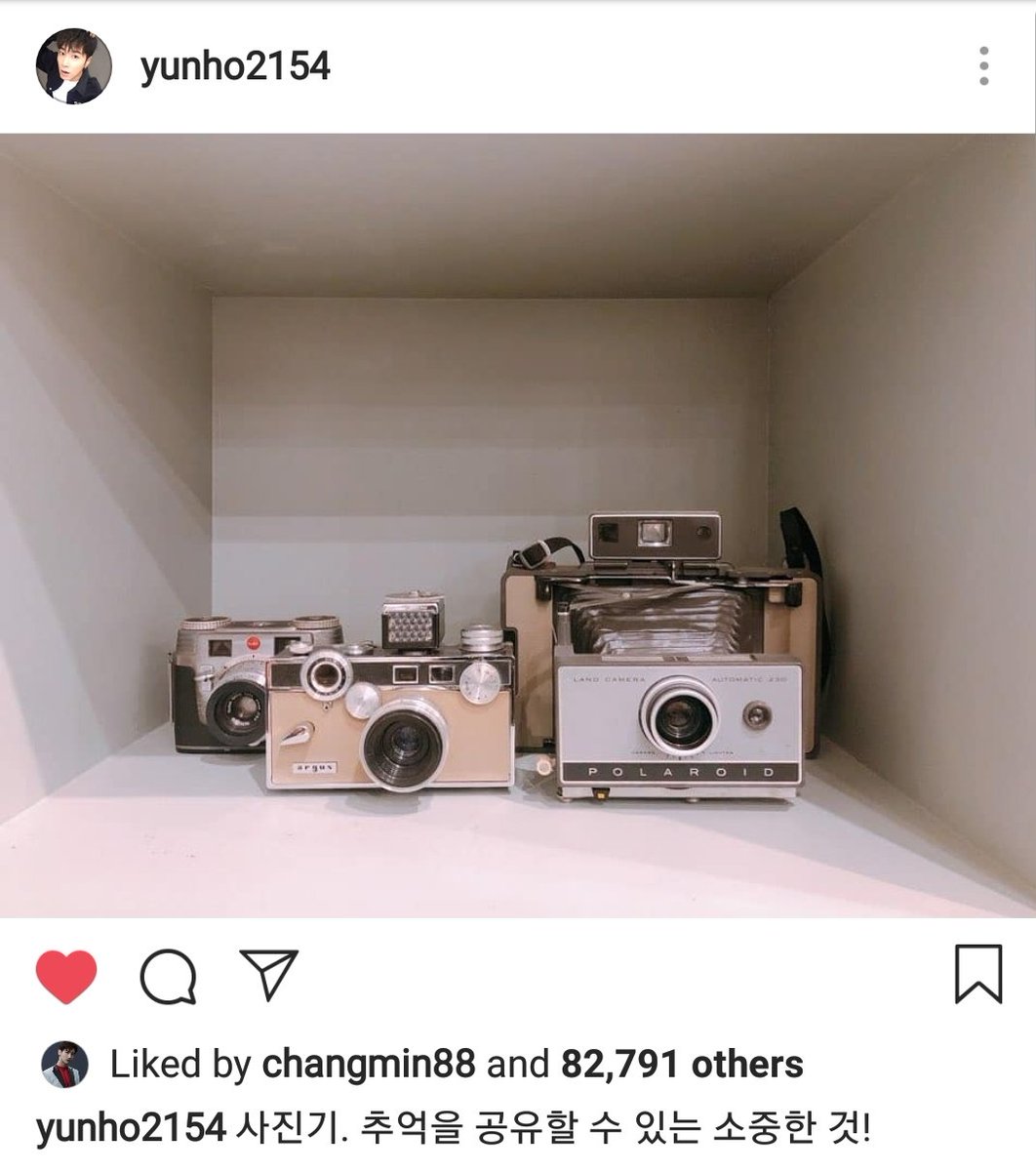 It seems that on 181129, TVXQ’s stylist Kim Saejun shared on his instagram story a similar picture!

yunho2154: here,
KR-JP Translated by @iruka0206,
and as indicated above,
Post Written and Shared by TVXQ! Express