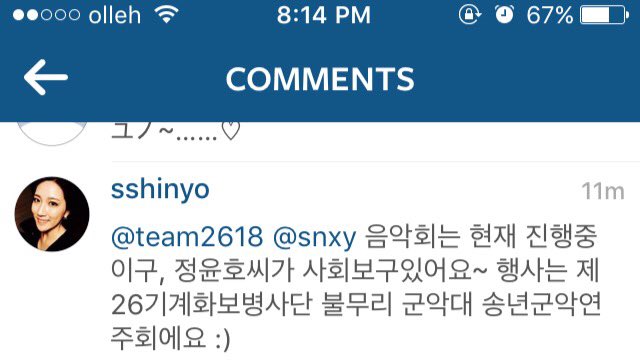 sshinyo replied me and said the concert by the 26th div army band is going on now; yunho is the host for it. [cr: @snxy]

This photo is probably from the same event as well~