Apparently, the dates revealed earlier for TVXQ’s shows are yet to be finalised by SM, and the nature of the planned shows (whether it is a concert or a fanmeeting) is yet to be confirmed. 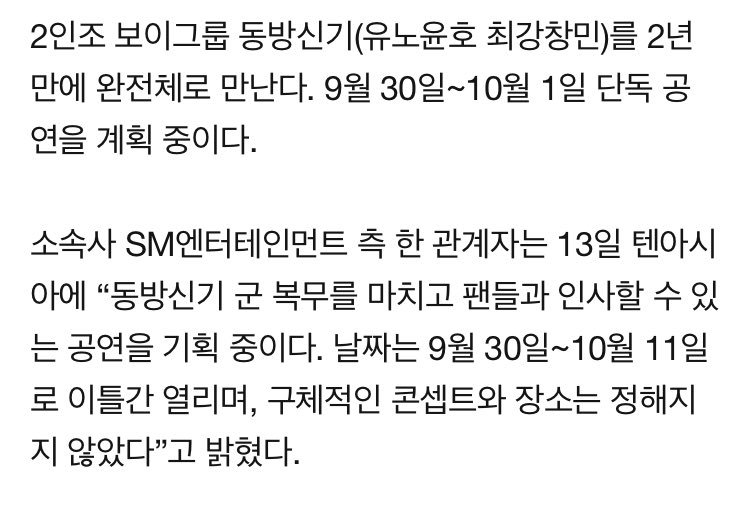 As indicated above
Translated by @snxy,
Compiled and Shared by TVXQ! Express