A Local newspaper in Fukui wrote about the stuffed doll of Raputo-kun becoming popular and selling out following Changmin’s instagram post (here)!

The article also says they put a few kinds of dinosaurs in the dressing room. Obviously Changmin liked Raptor-kun the most out of them [cr: Translated by @ihavebeensober]

This was tweeted buy the official account of Juratic (the dinosaur brand character of Fukui prefecture), who also thanked Changmin ^^~ 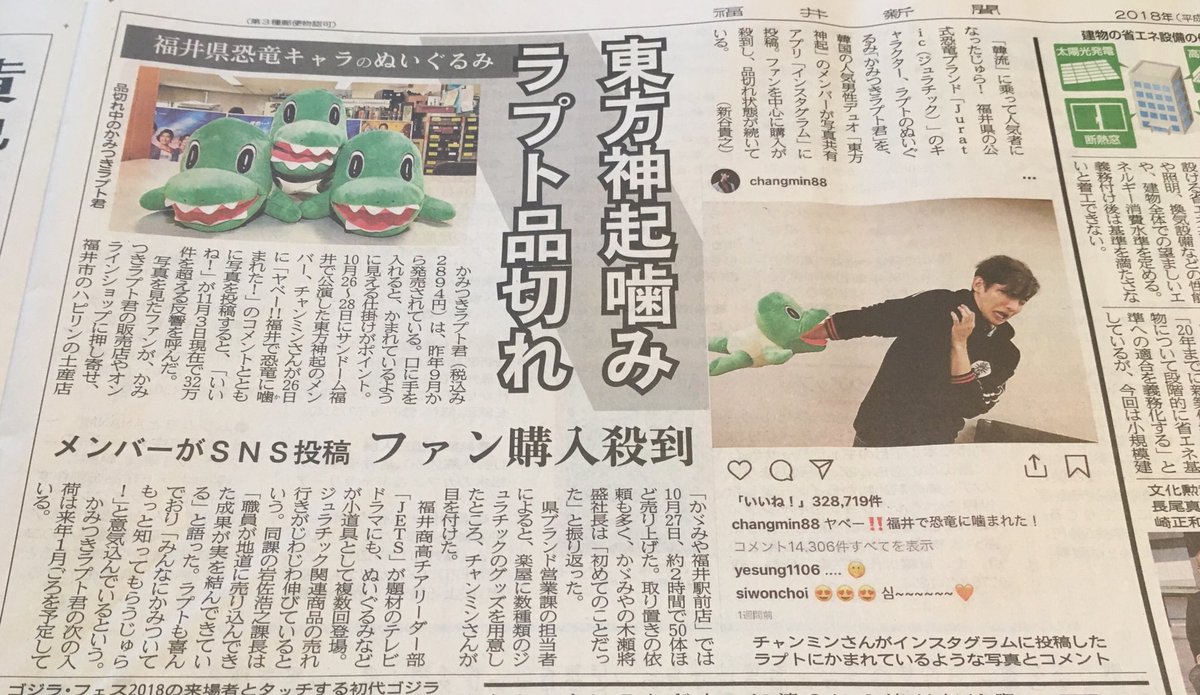 newspapaer article photos from fans who bought it: 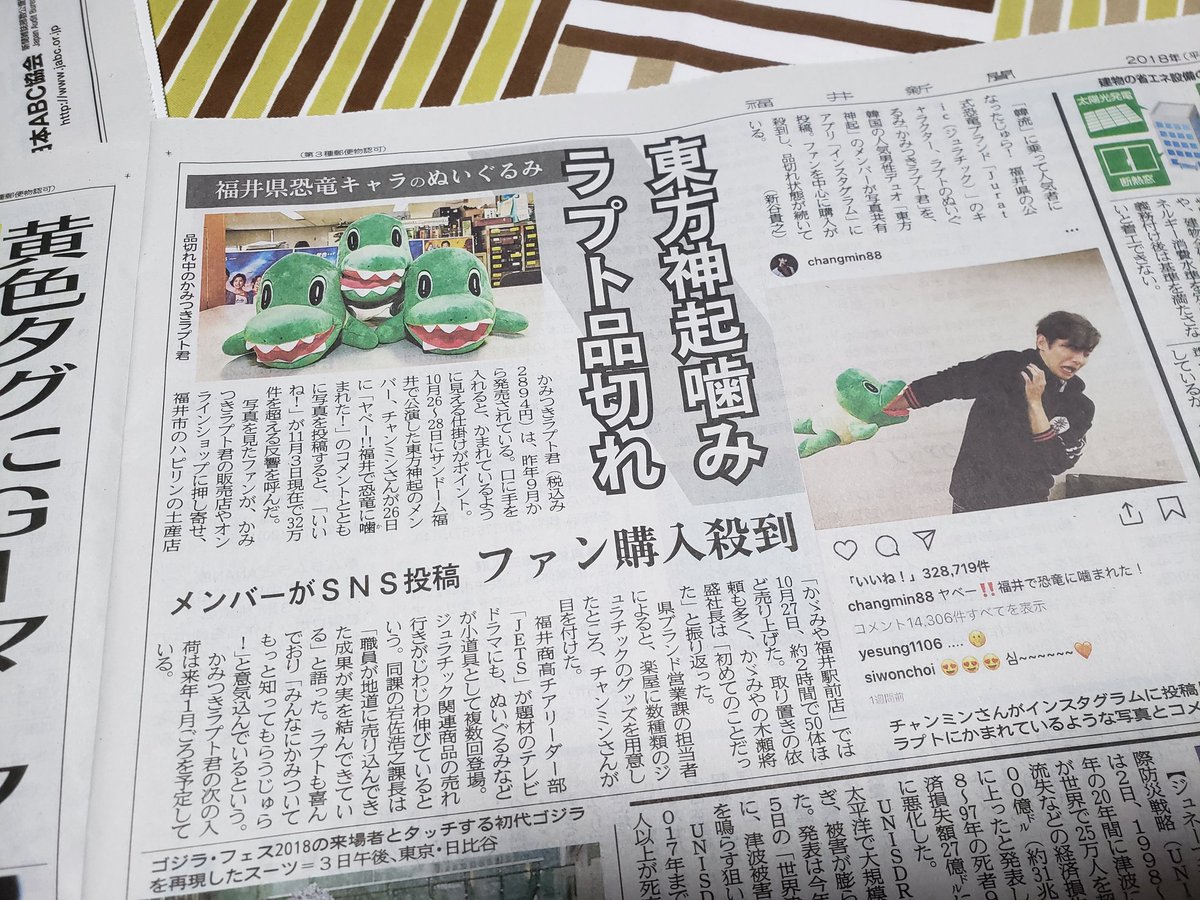 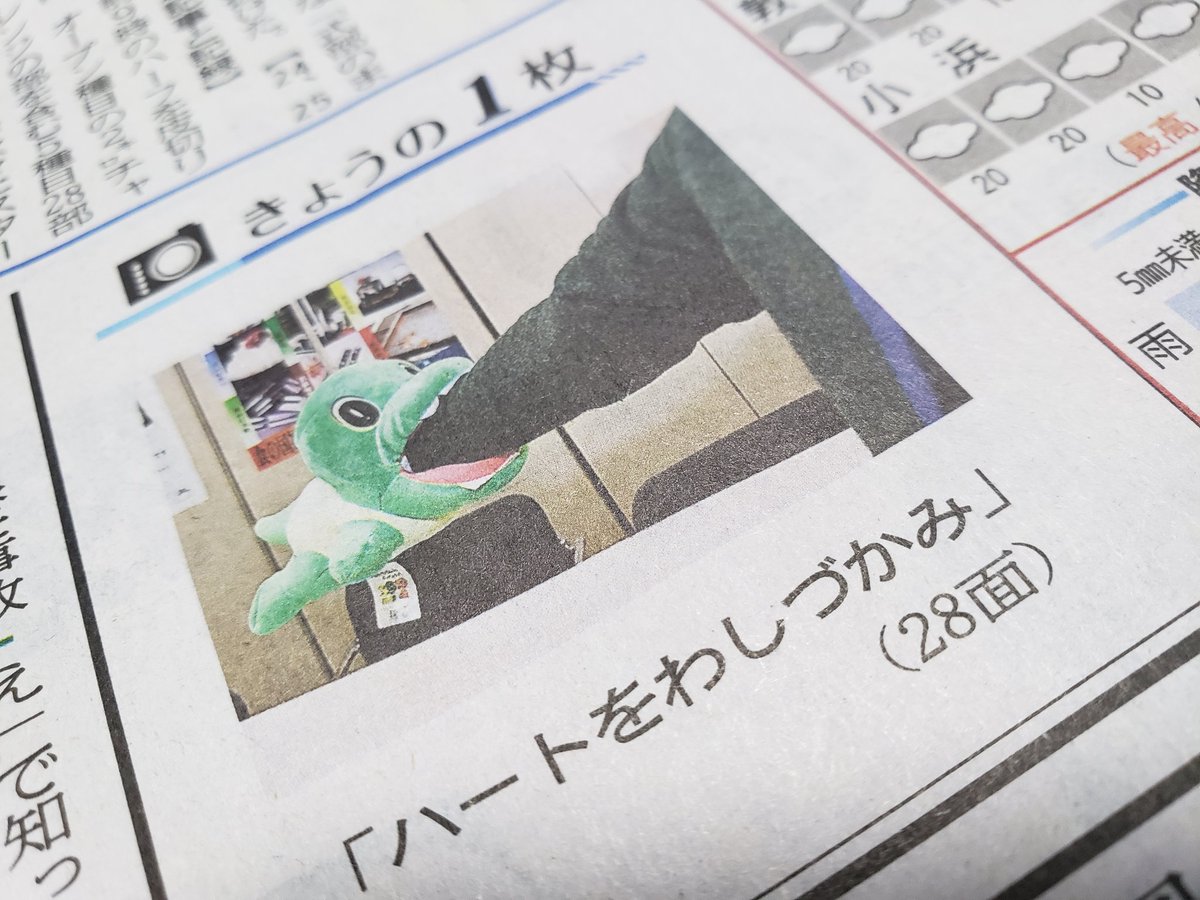 as indicated above,
Post Written and Shared by TVXQ! Express