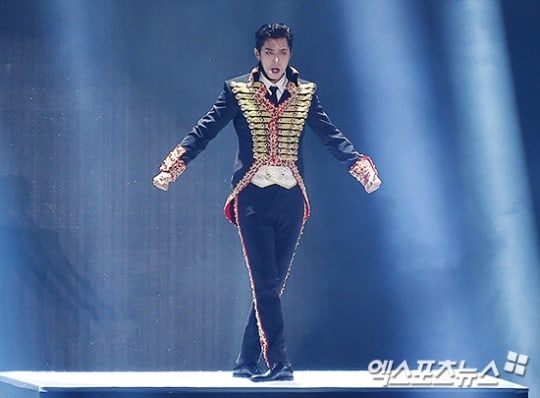 TVXQ’s Yunho shared his thoughts on performing for the very first time after being discharged from the military.

On July 8, he performed at “SMTOWN LIVE TOUR VI in SEOUL” after his junior groups. Appearing among a loud cheer from fans, he brought up the atmosphere with his new solo song, “Drop.” He also performed TVXQ’s hit songs such as “Mirotic,” “Keep Your Head Down,” and “Somebody to Love.”

Yunho said, “Since it’s been so long since I performed on a big stage like this, I was really nervous. Lots of juniors and seniors prepared this fantastic performance.” He then said, “Since I was coming on stage alone, I was very worried. Changmin called me and told me that he was cheering me on and that he wanted me to show everything that I have.”

Unfortunately, he suffered a wardrobe malfunction on stage where his pants ripped due to his passionate and energetic dancing during his new solo performance. However, as he is a professional and no stranger to ripped pants, he said with ease, “I was working hard because it was the first time [since I was discharged], and my pants ripped!” and went backstage to change before carrying on the rest of his performance flawlessly.

Are you excited to see Yunho back on stage?