One of today’s highlights their comment on Yunho writing his name in yesterday’s Kakizome as “Yunki (ユン木)” instead of Yunho (ユンホ), and Changmin teasing him about it~ > w <

Back in 2006, Yunho made the same mistake, and that was pointed out by fans yesterday on twitter, so it looks like our boys and Toho staff are keeping their eyes on fans’ SNS, and Yunho has gained a new nickname haha

In addition, it seems that Kyuhyun was on a break and attended today’s Nagoya concert ^^ 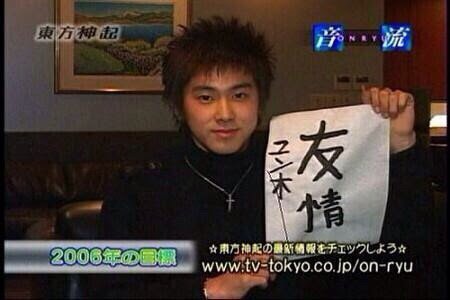