“A Renaissance of the Heart”
“United we Stand”

Check out below translations of some excerpts and photos. Also, it seems that the photographer, Kei Ogata-san, is the same photographer for their 2011 VOGUE Japan issue photoshoot [cr: @kuri8bou], which explains the similar vibe and makes it more meaningful~ ^^

You can order the issue at Amazon Japan: here (on kindle as well here). 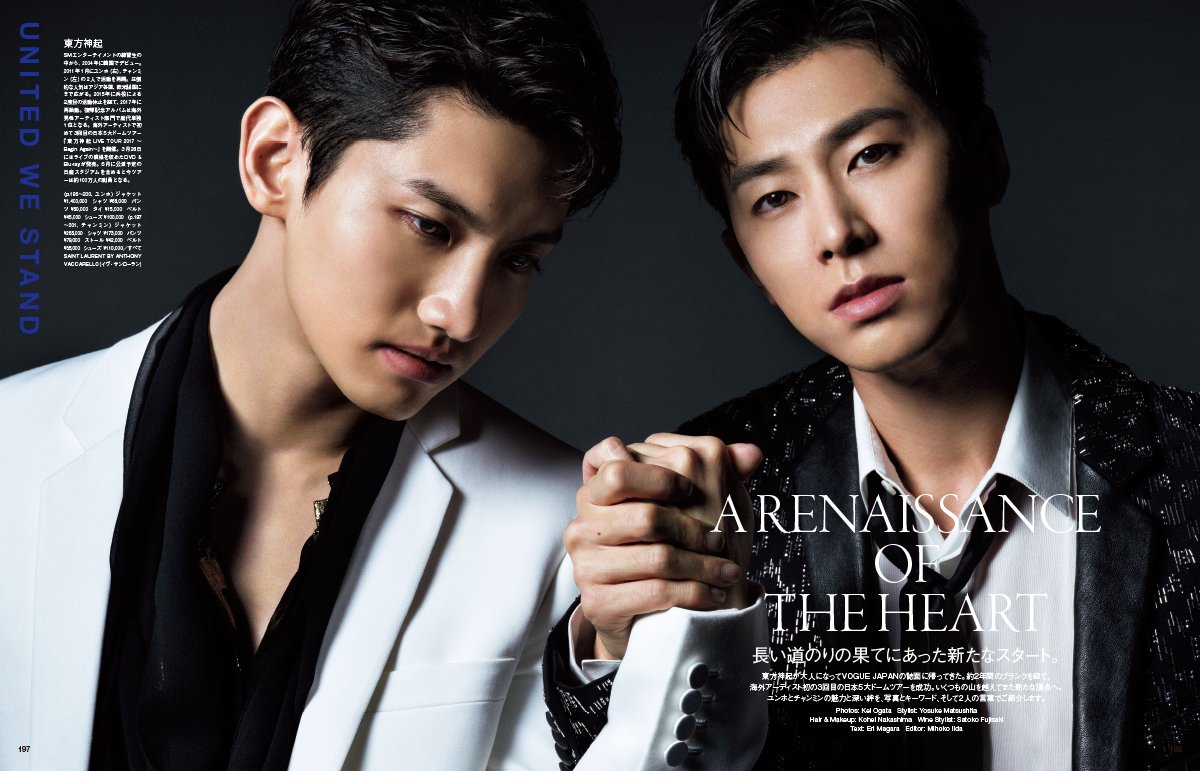 Special Present: Fans buying the physical copy can apply with their desired photograph out of three signed polaroids, and 3 winners will be picked by lottery~