There is another V LIVE on the 26 (NOT TODAY; Sorry about the previous misreporting > <;;)!!
Titled: TVXQ VS. EXO Kingpin Match V LIVE, broadcast at 10PM (KST) on 3/26!
TVXQ! will have a bowling match vs EXO’s Chen and Chanyeol!

END_OF_DOCUMENT_TOKEN_TO_BE_REPLACED 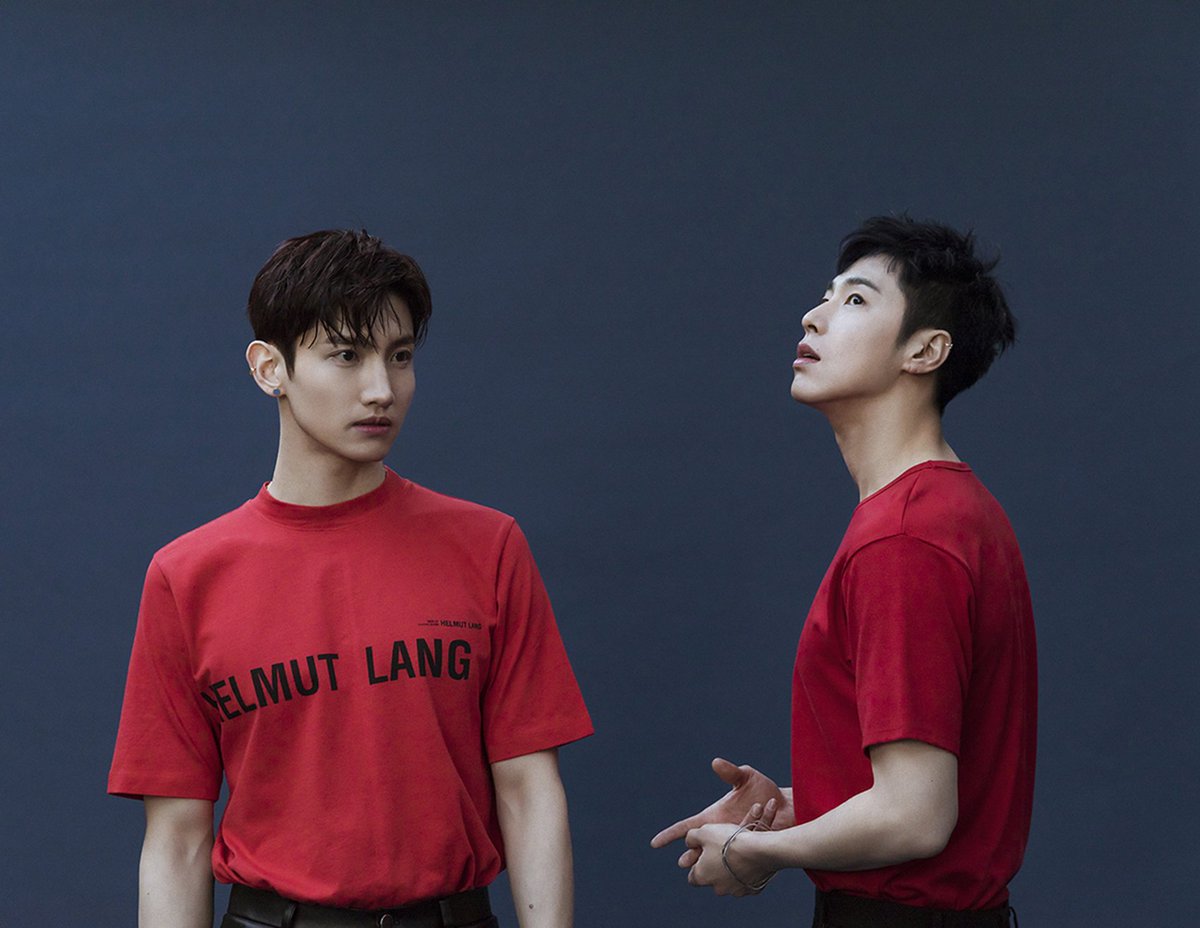 Good news! the very limited TVXQ! welcome back party will be available to everyone through a live broadcast on V LIVE!

This has been announced via news articles (here) as well as TVXQ’s SNS accounts such as:

‘TVXQ! Welcome Back Party : The Chance of Love’
In this special party, TVXQ! will talk about their new album and communicate with fans from all around the world.
The party will also be able via the ‘V’ app, so do not miss it💖
📆 2018.03.28 8PM KST
📍 Seoul Blue Square I’Market Hall
📺 NAVER V LIVE

END_OF_DOCUMENT_TOKEN_TO_BE_REPLACED

Teaser #V photos have been updated on the website’s style editor! go have some fun > w <

END_OF_DOCUMENT_TOKEN_TO_BE_REPLACED

Teaser images #V are now out! A total of 8 photos, check them out on the website by clicking on #V at the bottom!

END_OF_DOCUMENT_TOKEN_TO_BE_REPLACED

Also on naver: here (watching there is also important!)

On V Live: here (give them lots of hearts!)

Also please share/like the video posted on their SNS:

END_OF_DOCUMENT_TOKEN_TO_BE_REPLACED

Changmin shared the selfie he used to explain to fans that they can use their photos on the style editor feature!

END_OF_DOCUMENT_TOKEN_TO_BE_REPLACED

TVXQ! making a 12 with their fingers, the release of their 2nd video teaser coming soon after their V Live (it’s out now: here)!

END_OF_DOCUMENT_TOKEN_TO_BE_REPLACED

TVXQ’s first V Live since their mukbang, Titled: TVXQ! The Chance of Spoiler, was broadcast live at 9:30PM (KST) and lasted for about 30 minutes!

They announced a 2nd teaser on midnight (it’s out now here)!
They mentioned some spoilers(?) talking about the album concept and some of their own contributions, teasing a dance move, demonstrating on computers how the cover style editor feature on TVXQ’s album website works (they encourage you to try it: here!)! However, at the end the website was freezing so they could not explain a lot and they seemed sad about it > <

TVXQ also revealed that the teaser is different from the MV, so we have a lot of things to anticipate *__*

If you missed it, you should be able to replay it: here

{p/n: the English caption are currently partially-subbed (although not totally accurate and timing is advanced); let’s wait until it is fully-subbed~ ^^}

END_OF_DOCUMENT_TOKEN_TO_BE_REPLACED

They have started selling the side stage seats since the Yahoo! lottery, but now it looks like the concert is so popular they are even selling other limited-visibility seats such as the ones on the extreme edges of the stage side @_@;
No premium seats sales for this round nor general seated seats.

※This time, the performance could be difficult to watch depending on seat location.
Such a thing might be sensed differently, so please bear that in mind before you agree to apply.
※Tickets reservation here is lottery basis, not first-come-first-served basis.

※Opening and Starting times may change.