On the 23rd at 22:00-23:00, the live broadcast of 「Tohoshinki AWARD 2017 ＠ LINE LIVE」 was held to announce the results of the “Tohoshinki AWARD (temporary title)” Special questionnaire, hosted by Minsil-san / DORIANS’ Tsutsumi Taiki / TB. In addition, two Tohoshinki celebrity fans were invited as guests: Kurosawa Kazuko (from the female comedian trio Morisanchuu) and Mukaiyama Takeshi (from SOLIDEMO, Tohoshinki’s Japanese junior group in Avex).

The broadcast gathered 326 thousand live viewers, 94.9 thousand comments and 16.7 million hearts as it ended [cr: @xx__0_0__xx] (likes and comments now has exceeded that)!!! It is amazing because Tohoshinki is not present and it was announced that neither Yunho or Changmin will appear~

However, there was a surprise call from Yunho at the end of the broadcast! 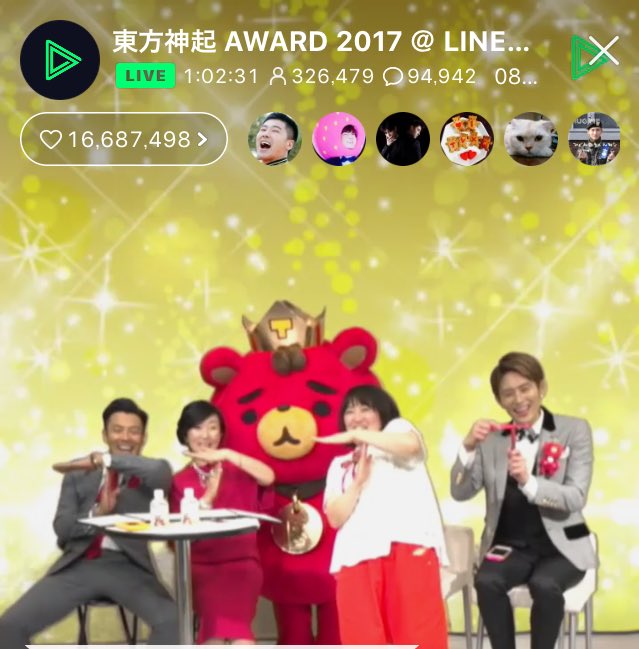 The broadcast has ended, but the full video can be viewed now officially on LINE (skip the 1st minutes): here.

It can be downloaded fully: here thanks to @hibohabu ^^

These are translations either directly during the live stream or the video after it ended:

A full transcript of Yunho’ss call but in Japanese: here by @Shim_Ls2v2.

As we indicated in the post above,
Post Written, Compiled and Shared by TVXQ! Express
{p/n: as we do usually with tweeted translations, we complete the sentences and abbreviations translators make (because of the 140-character limit) based on our own understanding, so any possible mistakes in this repost are our own, and not the translators’}