army-feel celebrities who have continued to get praise after discharge

U-Know Yunho enlisted last July and received 5 weeks of basic training. At the time of his completion ceremony, he was selected as the best recruit. A year later, in May of 2016, he was chosen as Special Class Soldier. Not only that, as a member of the army band, he drew fans from here and overseas to his events, and was appointed as honorary citizen of Yangju City where the camp he was serving with, the 26th Mechanised Infantry Division, was located. Here, he was also the model of the army barracks reading publicity campaign, and through his exemplary army life, was chosen as the army barracks magazine, HIM’s January 2016 cover model, and so on, actively taking part in various aspects of (army life). 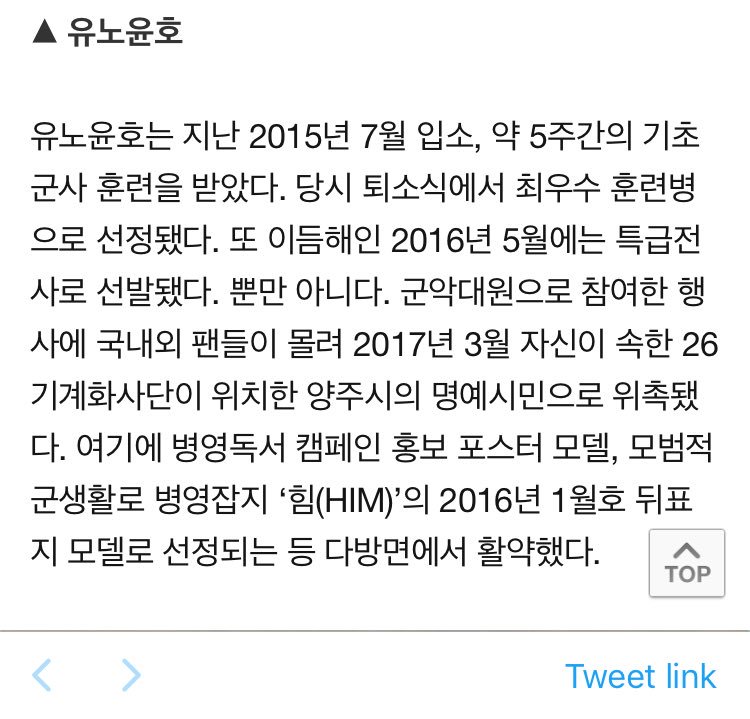