This is their power. They’re still the original idol group even years have passed. The “King of Hallyu” TVXQ! (U-Know and MAX) has come back after 2 years.

Keywords like “First”, “within shortest time”, “Many” and “Awesome” stand for TVXQ! It’s still the same in their concerts abroad. They were the first Korean artist to dominate the top 5 domes of Japan. It even happened two times (2013 and 2015).

Well, they are still going to break their own record. They have confirmed to hold another dome tour in top 5 domes of Japan in 2017. They are the first foreign artists to hold 3 consecutive dome tours (excluding Japan).

They began with Asia Press Tour. They announced their schedule by touring Seoul→Tokyo→Hong Kong from Aug. 22 to 23. And this is what I’ve got during the event.

Here is Hong Kong International Airport. This may be the peaceful moment before the war begins. The peace and silence will soon break. Because TVXQ! is coming.

They have finally arrived.

It’s an immigration center if they pass this part.

Well, Hong Kong is the same. Their love for TVXQ! remains the same. It’s hotter than ever. You can’t pass through that place. So I wasn’t able to take any more picture of them.

“I can see the strands of his hair”

TVXQ! did their best amidst this extreme surrounding. U-Know waved his hand while walking while MAX showed a shy smile.

This is a shopping mall in Hong Kong. This is where their Press Tour will be held. TVXQ! is going to announce their schedule in front of the journalists.

The Press Tour is an event for mass media. It’s not a fan meeting. But despite this fact, the fans seem to be busier than the artist.

gets the best spot.

is done with preparations.

With the protection from bodyguards,

they climbed up the stage.

I think 2 years was nothing to them. It looked like their break wasn’t a big deal after all. The fans were stronger in faith. It was the moment when both TVXQ! and fans were touched.

“We waited for this moment” (Hong Kong fans)

The following is their press interview. They were first asked with their feelings on visiting Hong Kong.

“We came back here in Hong Kong after 2 years. It’s an honor to greet the fans. We felt so happy when the fans welcomed us at the airport.” (U-Know)

“Hong Kong is our last destination for Press Tour. Thank you to all journalists who came here today. Please share our good news.” (MAX)

Q. What do you want to do the most in Hong Kong?

“I think U-Know feels the same with me. We really missed our fans here. I had goose bumps after receiving extreme welcome than I expected.” (MAX)

Q. What are your plans for your new album?

“You must be curious about our new album. We are currently finalizing it for its best quality so wait a little bit more. We’ll come back to you with great songs.” (MAX)

Saying goodbye to the fans

walked the phone road made by the Hong Kong fans.

They promised for another day of meeting.
Lastly, a sequel to TVXQ!

Stay tuned for their night walk in Hong Kong in 2017. Coming soon!

both of Yunho and Changmin, as well as ‘starcast’ (스타캐스트) were trending on twitter ^^* 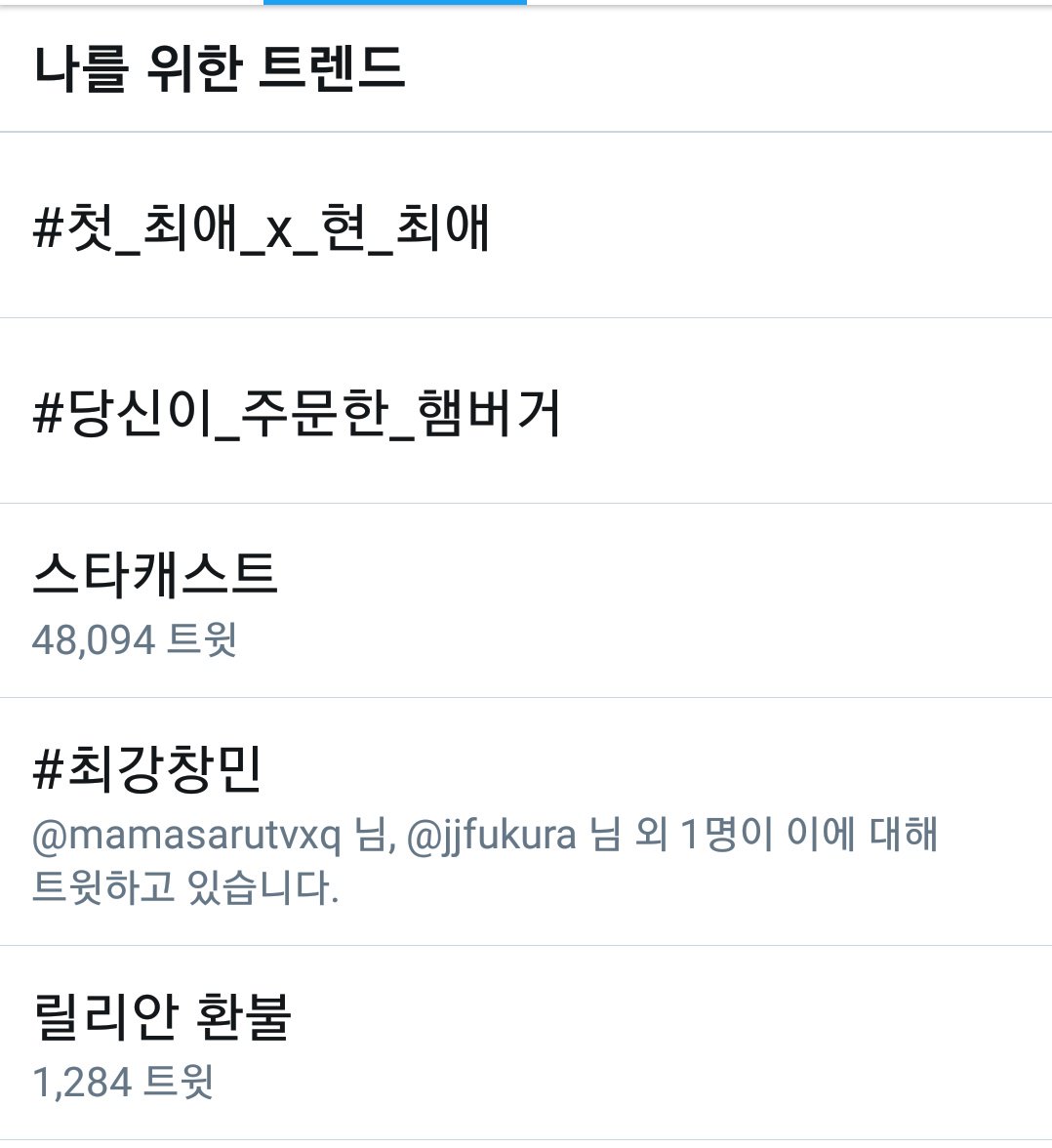