It looks like the children had met Changmin in the past during a police mascot show!! and the teacher also mentioned how Yunho called Changmin during their 72 hours show to check up on him~ 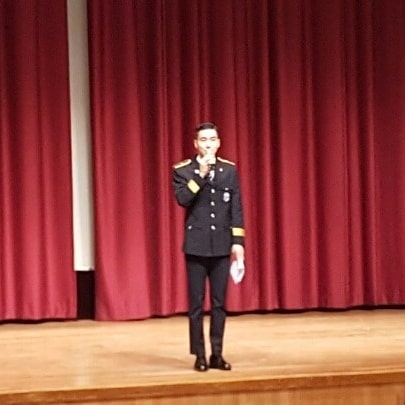 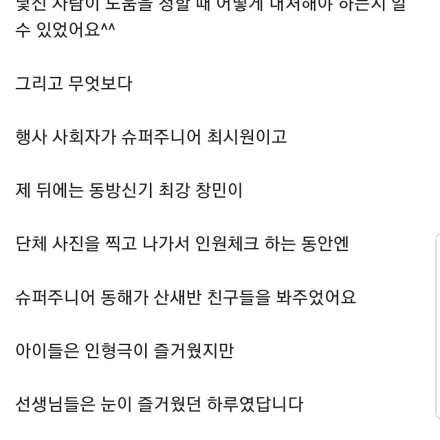 Yunho’s co-teacher wrote she had gone w the San-se ban to a police mascot play before when Changmin was still in the police. The MC was Siwon and Changmin “who looked like a doll” was behind her. Donghae had helped look aft the kids too. One year later.. TVXQ’s 72 Hrs with Yunho.
At that time she didn’t even realise she would have such (a fate with TVXQ ㅋ). Also it seems Yunho had talked with Changmin during the filming as he had said he was worried that while Changmin wouldn’t be able to go out as he was busy prepare salmon.