TVXQ will have a ASIA PRESS TOUR in 3 cities: 21st Seoul; 22nd, Tokyo and Hongkong.
{t/n: The TVXQ press tour seems like it will take the format of press conferences so it’s diff from the news announced prev re: greeting the fans~} 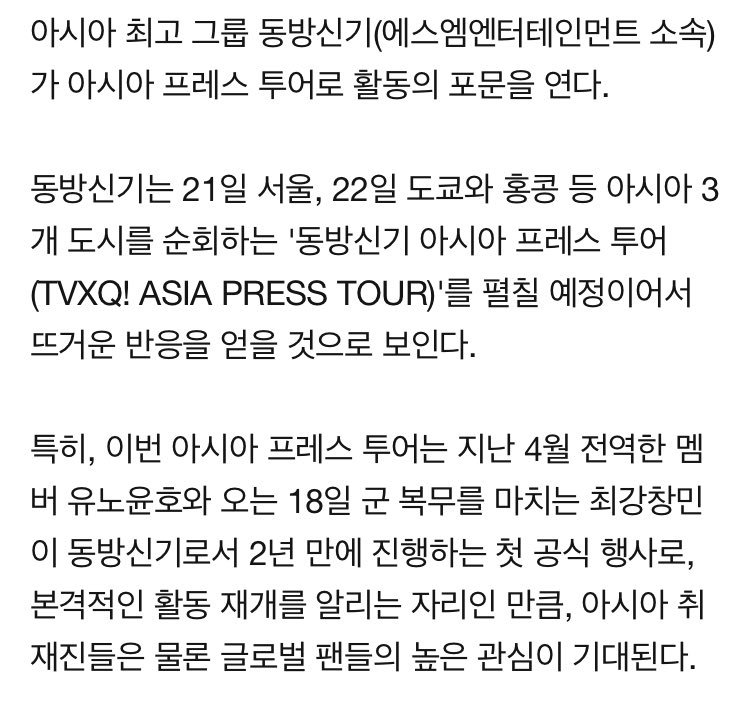 RETURN OF THE KING

Male group TVXQ has launched their activities starting with an Asia Press Tour. TVXQ is scheduled to go on a “TVXQ Asia Press Tour: to 3 cities in Asia with Seoul this coming 21st and then to Tokyo and Hongkong and so on, on the 22nd.

스포츠조선 via naver and 엑스포츠뉴스 via naver, respectively,
Translated by @snxy: 1 and 2,
Shared by TVXQ! Express