{p/n: the mobile version post here has the wine set prices in yen and usd different from the won price, but it seems like a typo}

Fan got one out of the limited 300 pieces of the Yunho model airplane. The plane she took only had 2 models available so as there were many applicants, they had to play rock-paper-scissors. The models have serial numbers but they are randomly given. Seems the number of models available depends on they type of route? (Number of customers, peak period?) includes a set of 2 ballpens. 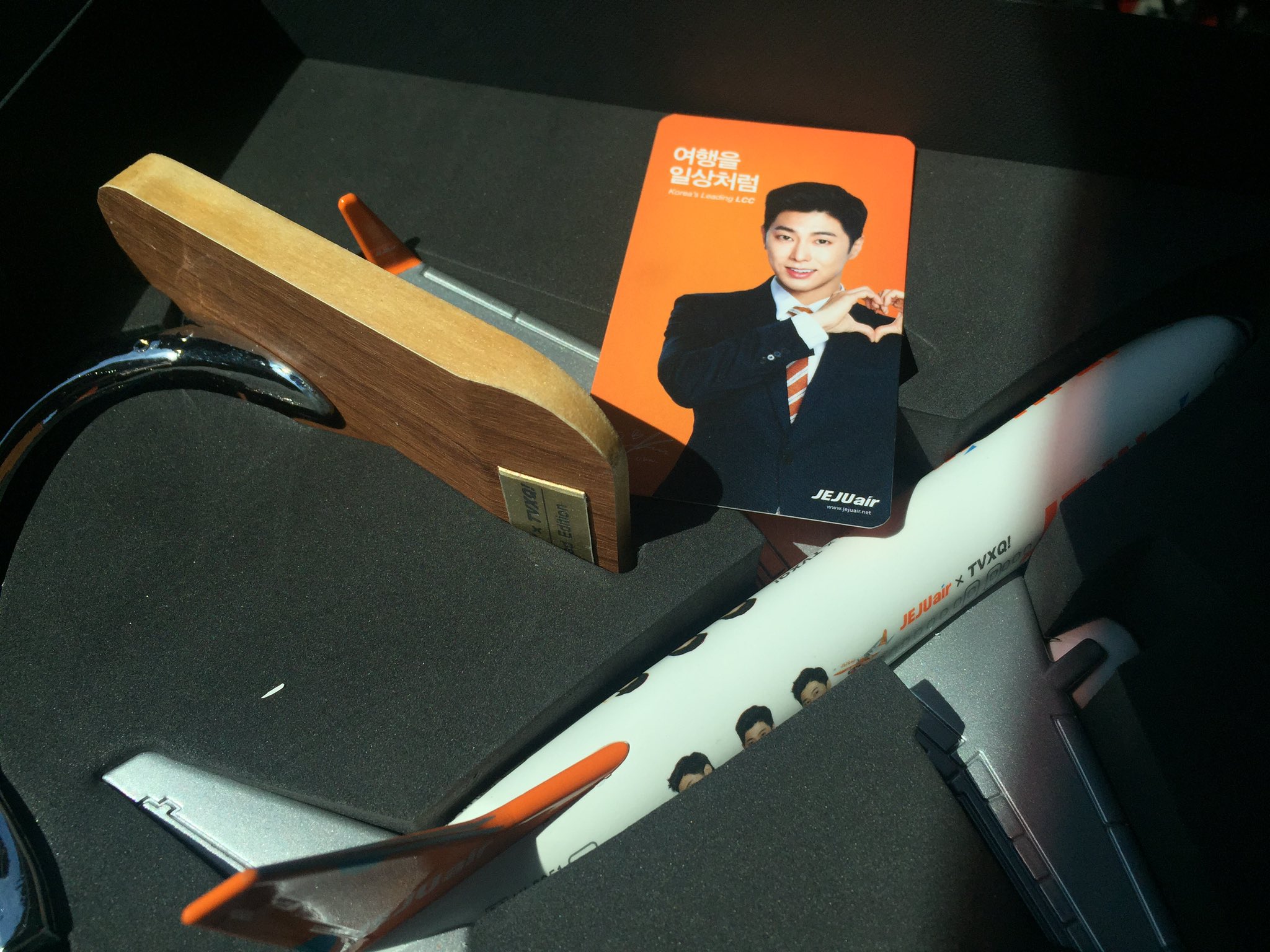 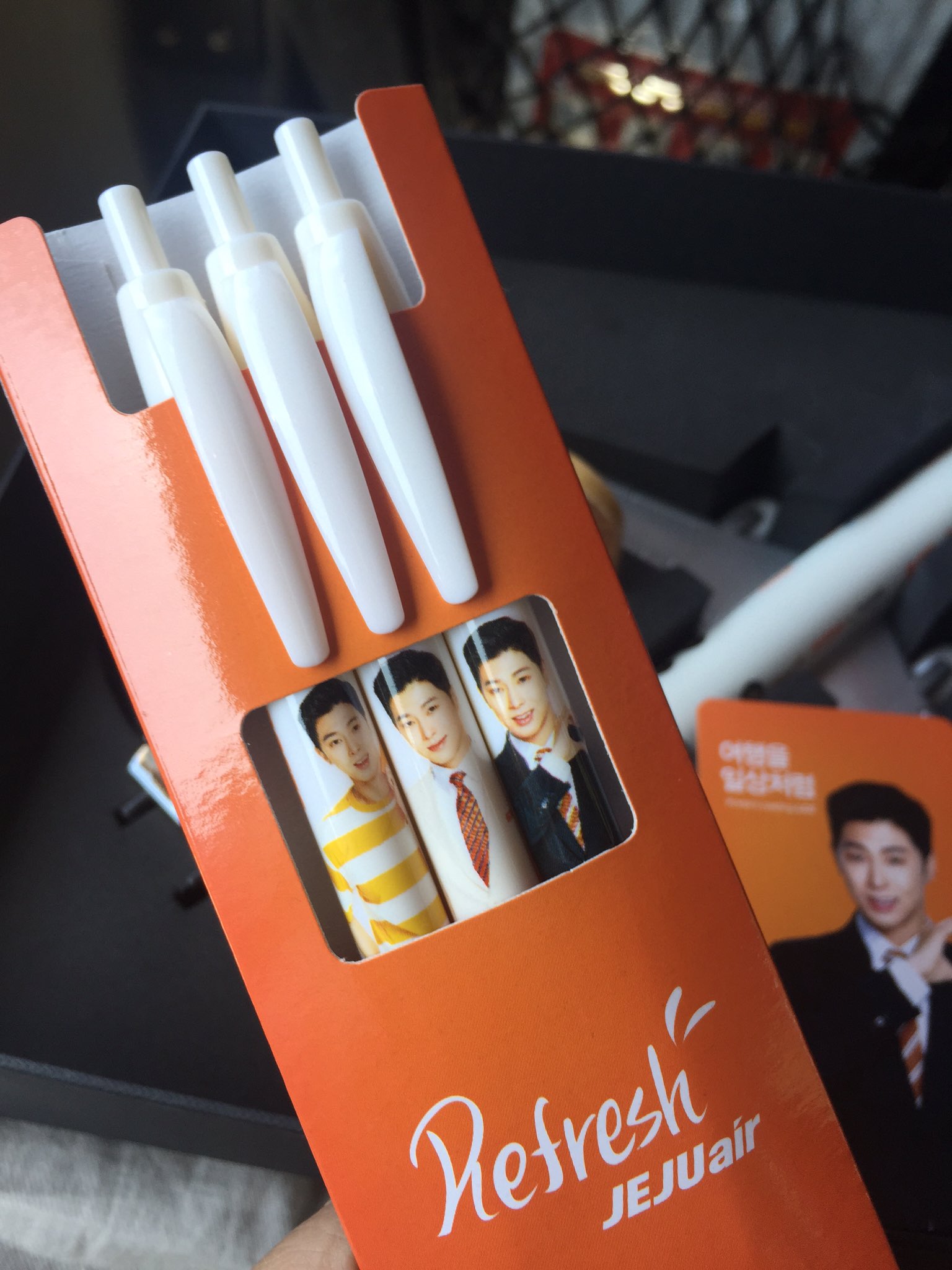 The aircrew were wondering what it was about Yunho that made him so popular as they were so surprised there were fans that travelled and booked the special inflight meals just to get his plane models/merchandise w. The crew were very kind and was glad (for the fan who managed to get a model) and even said as there were many copies of the inflight magazine, to pass them to the losing customers. Jeju Air is the best

Fan bought yunho’s jeju air model set for her friend. If buyers are more than the supply, they’ll decide via boarding pass lottery. Restricted to one per person.

Another lucky fan who got one~

As we indicated in the post above,
Compiled and Shared by TVXQ! Express