He performed with TVXQ dancers, and fans has spotted his parents and his sister Jihye (with her husband) attending ^^! 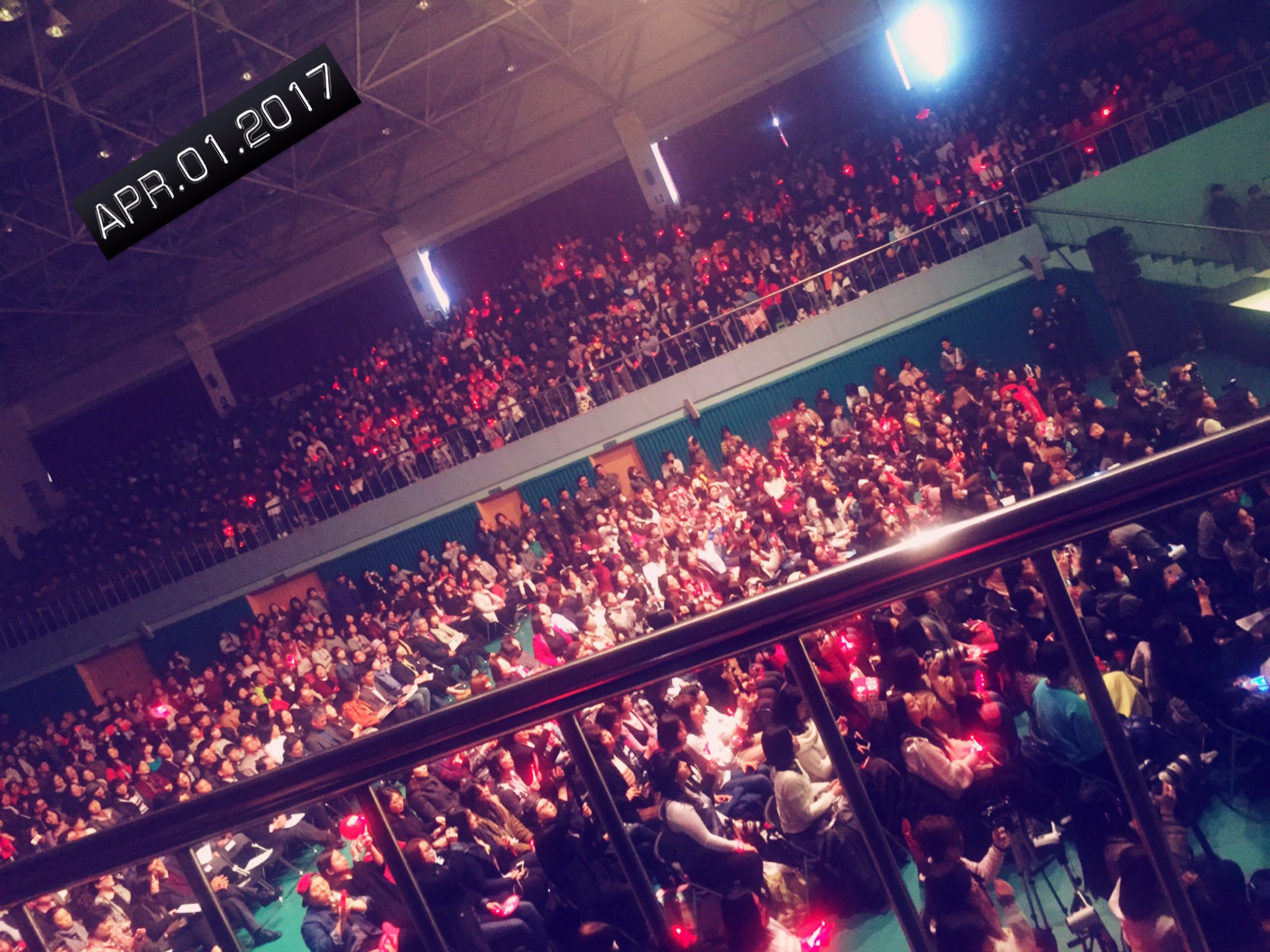 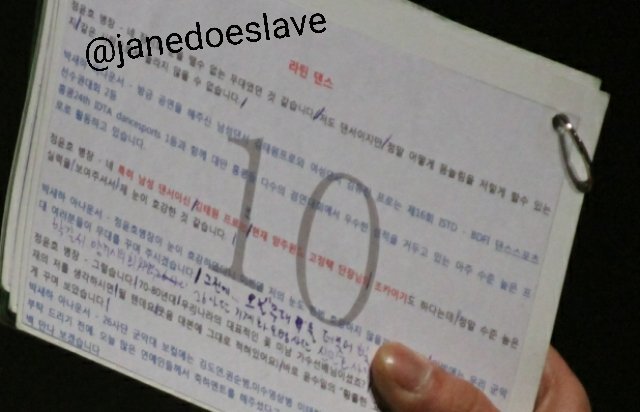 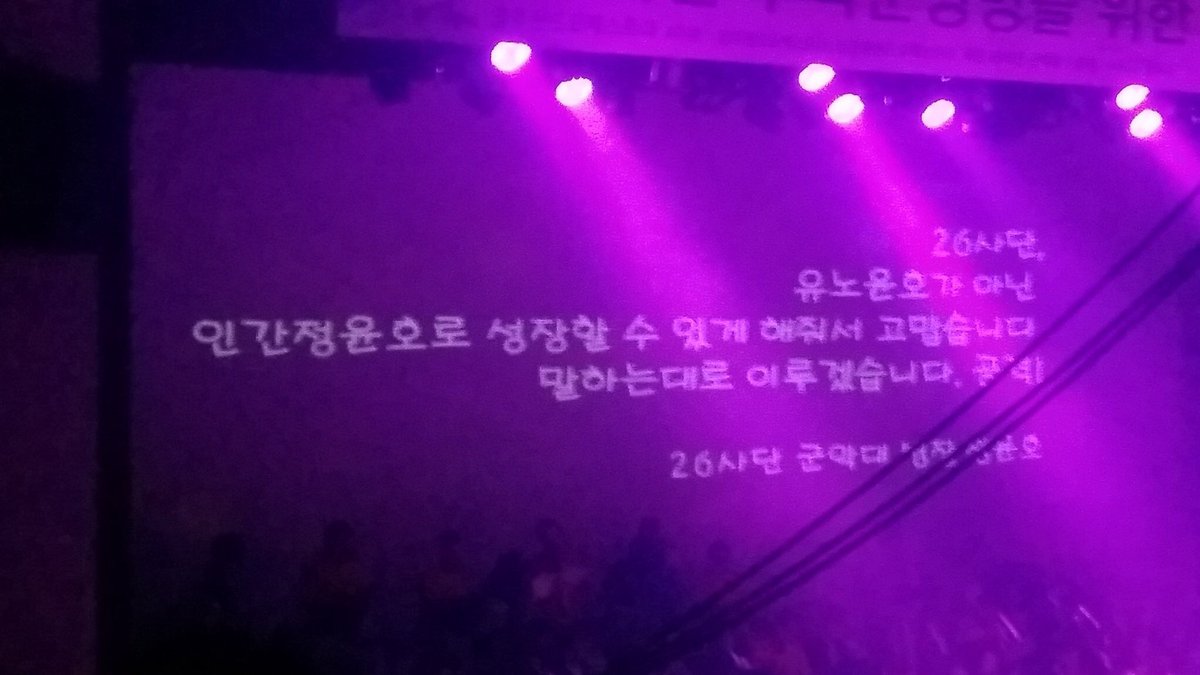 Title: How I got interested in Armyshinki
Subtitle: Jung Yunho is the god of K-pop

Where to start… last year, September 9th, I heard that you could see Changmin in person at the Hall of Arts doing something for sea divers for Unesco or something, which is about 3 minutes walk from my house. As you can see I am quite interested in Kpop overall but that was after I became an adult. I know this is unbelievable but that means that when my classmates were all in love with TVXQ when I was in middle school, I didn’t even know the members faces…
Anyway, 160909 Changmin at the Hall of Arts was the first time I saw TVXQ since I was born.
Although I didn’t have much kpop knowledge at the time, I just remembered that he got an award for being a model taxpayer…?? something like that. So when I saw that this man who is the pride of SM Entertainment and Korea (lol) had responded to the call of the nation and was dancing lightheartedly with a comfortable expression on his face to the song of his agency hoobaes, I thought, ah this is… quite nice!
And then what happened after that is… {t/n: I’ll translated this later too, also hilarious story about how she randomly ended up at a TVXQ dance class at Artium}
Afterwards, I finally succeed, on Feb 6 (by chance) to go the TVXQ surround viewing at Artium. And then I realized… ahh… I can’t deny this anymore….
So then I admitted to the fact that I like the group called TVXQ and the two members that make it up. Nothing really changed. I just thought that when they come back and I see them at the SMTown concert, that I’ll watch them happily.
However, someone then retweeted this poster {t/n: the promotional poster for the Apr 1 event}

I was like, “he’s being discharged on the 20th and they’re making him do a concert right up to the 1st ㅋㅋㅋ” I was laughing for a bit, then.. within about 5 minutes, I had this feeling that I had to go to that concert. The feeling was what you’d feel if a group that you somewhat like did a guerrilla street performance.
I checked out where Yangju was, and I thought, “Ah, must be the distance of Sangam dong or something. I’m an NCT fan with 3 fan cards so it’s nothing for me to go far for a performance!” I thought, oh, it’s kyeonggi-do, it can’t be that far…. I realized when I checked that it was 3 hours by bus.
But today was a weekend after the test. Yesterday, I was still debating whether or not I should go and I thought that if I felt good in the morning, I would go. When I opened my eyes it was 6:30 am and I put myself on the bus. About an hour later, I transferred onto a different buts. As I left Seoul, I was like… I’m doing something rash again… and I started questioning myself. Do I actually like Sergeant Jung… this much…? All I’ve ever gone to of TVXQ was 1 surround viewing and 1 dance tutorial {t/n: translation to come}….
Anyway, I got to Yangju and I started walking on a path that smelled like cow poop. And I started waiting after I got my number and that was when I got the hugest culture shock ever.
There was more Japanese to be heard than when I went to Osaka, and the age range was completely different from that of other idol groups. Anyway, as I was waiting, I was making small talk with the 2 people behind me and that was actually the bigger culture shock. They were about the same age as my mother and they said that they went to every single military performance by Yunho, and I thought, wow. This is the textbook definition of dedication.
But suddenly, they wanted to know about my fangirling history. As I already mentioned… I don’t have things like that… so I started reluctantly, “I… actually… like a hoobae group…. and one of the members said Yunho is his role model…” (I don’t lie)
But they knew NCT too. How they knew it was, “I heard that the baby in Champagne debuted?” Anyway, we kept talking and it was brought up that I didn’t know how I was going to get home after the performance and I guess they thought I was a Yunho lover who came all the way to Yangju from Gangnam on public transportation to see Yunho (Maybe they’re right at this point… I don’t even know myself anymore…) and they so easily offered to give me a ride back to Gangnam station. This was the moment when I was saying “Jung Yunho is the god of Kpop!” out loud without even knowing it.
My number was in the 950s, an there were over 1000 people there. It was so fascinating to me that so many people came to Yangju, and so I asked and they said that it’s only because the Chinese fans weren’t here that it ended here (the hall held 1300) or people wouldn’t have been allowed in.
I thought omg so scaryㅠ and apparently there were people waiting here since last night, so I went in just being grateful. Since it was a small hall, I could see the stage well even from the side of the 2nd floor. Yunho was MCing already when I’d walked in, so I was like :O and I watched him intently. What that means is… I was observing him. His face.. and the bone structure that I could see under that awful tomato-coloured jacket that I’m glad he’s never going to wear anymore.. and things like that (pls skip this tweet)
Anyway, it started with a magic performance and after the orchestra was done, he and his division bandmates came on stage, and starting here, I was just purely ㅎㅎ in awe as I watched. I know this is already very x987 well known but I realized once again that he’s seriously amazing at dancing (btw, as I thought, he’s too strong to be your role model ty…) in particular, Mirotic, The Way You Are, Rising Sun, KYHD… I liked that I got to see how he handles the choreography.
And.. his personality is… very… how should I put it… dorky… I was a bit shocked about that, and that’s how I watched his military-solo concert.
I was already a bit hyped up because of the stage, but on the way back home in the car, I was listening to the true Yunho lovers talk for over an hour and I was doing what is similar to a religious ceremony, and I thought, ah… I’ve sprouted…! But I thought, thankfully I don’t have a fanclub card so I won’t be able to go to their broadcast!
But it made me wonder, how should I fangirl when he gets discharged… whether I’m even supposed to fangirl… I thought of those things. This is the end of this story. Jung Yunho is the god of Kpop! <end>
+ those mothers gave me their numbers and told me to call them if I need them to give me a ride to go to any other events from now on.