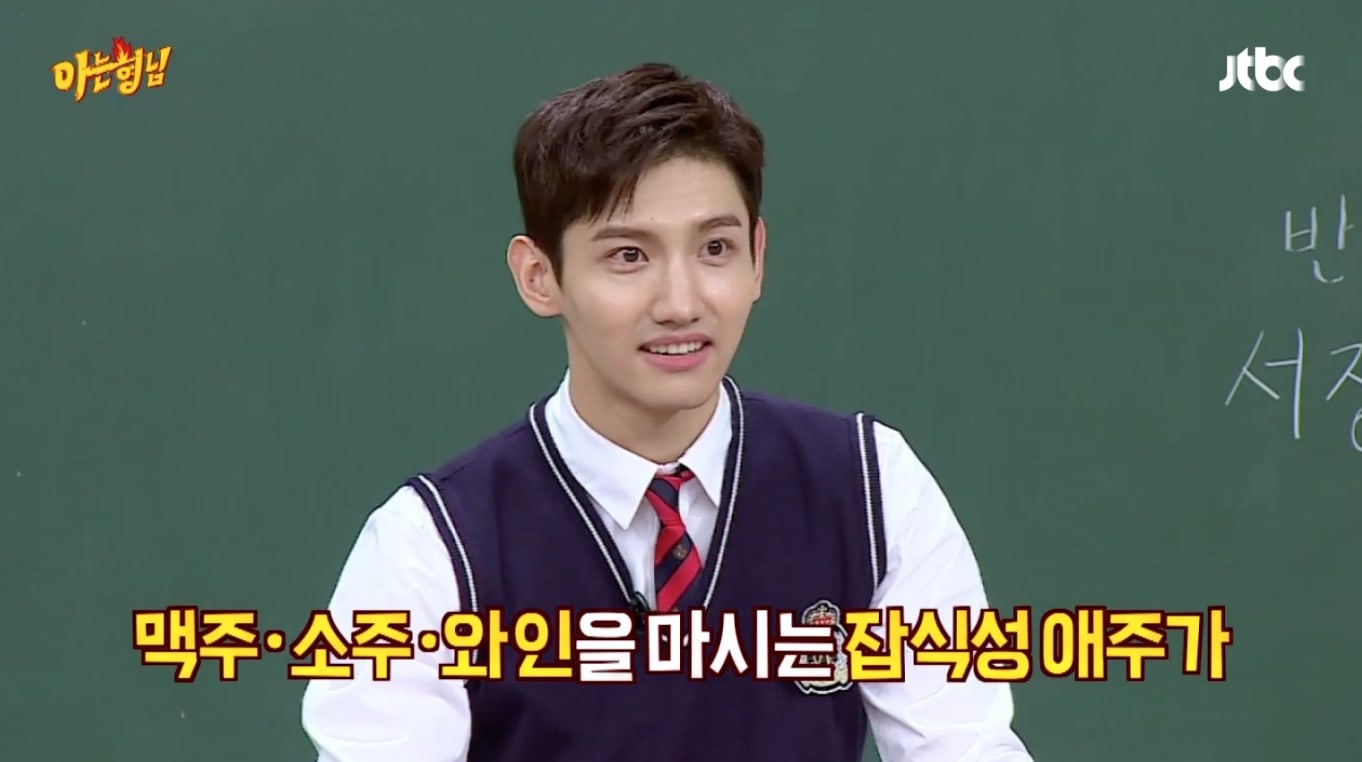 TVXQ’s Changmin is well-known as a celebrity who loves to have a drink, and he shared an interesting story of what he does to fully enjoy his drinking experience.

TVXQ appeared on JTBC’s “Ask Us Anything” on October 14, and during one of the segments, Changmin asked everyone to guess what he does to fully enjoy a drink by himself. Seo Jang Hoon guessed that Changmin puts a doll in front of himself to feel like he’s drinking with someone while Lee Soo Geun said he pretends to be two people at once. Though all of the answers that he received were wrong, Changmin did concede that what he does is something he does because he feels lonely.

Finally, Changmin revealed, “In the summer, after finishing all of our scheduled activities for the day, I sometimes like to enjoy a cold can of beer. To maximize my experience, I’ll go to the first floor and record the cries of cicadas on my phone. I’ll then play that while I’m having a drink and it makes me feel like I’ve become one with summer.” 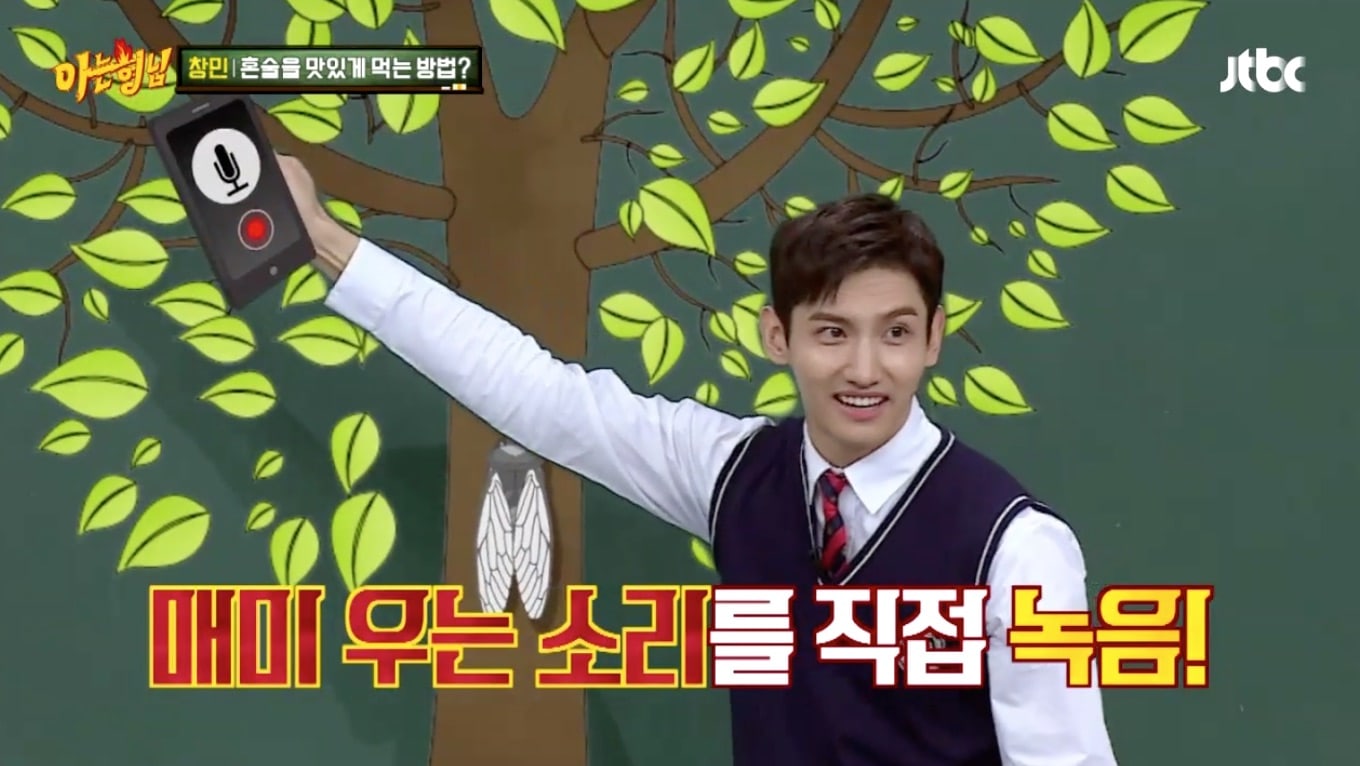 Yunho confirmed that Changmin does indeed do this when he added, “So that’s why I can sometimes hear a strange ringing noise in the background when I call you!”

When asked what he does in the winter when it gets cold, Changmin said he likes to wrap himself up in a blanket and eat a couple of tangerines with his drink. 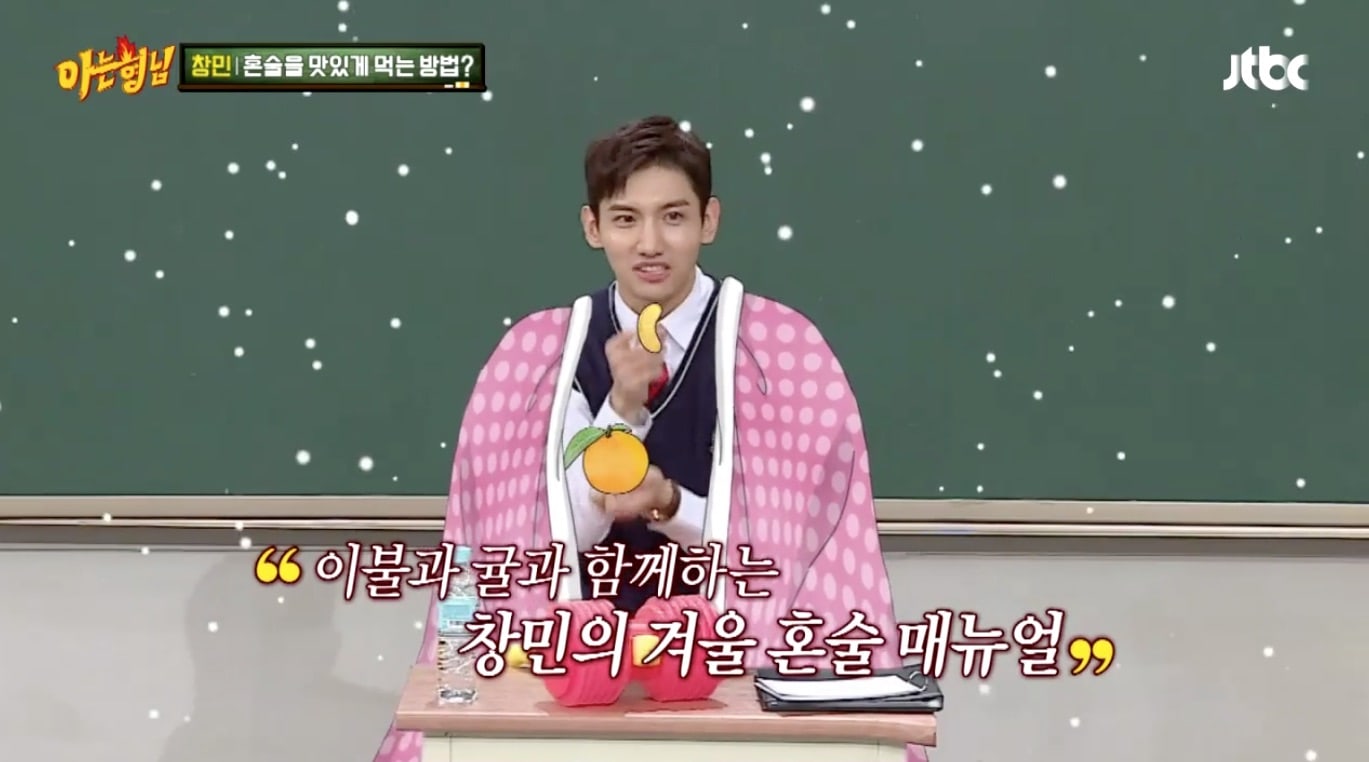