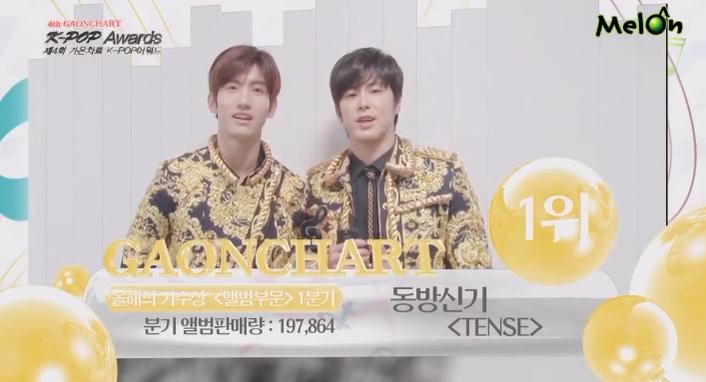 Their Repackage Album “Spellbound” ranked as the 5th, selling copies! (shown below with price) 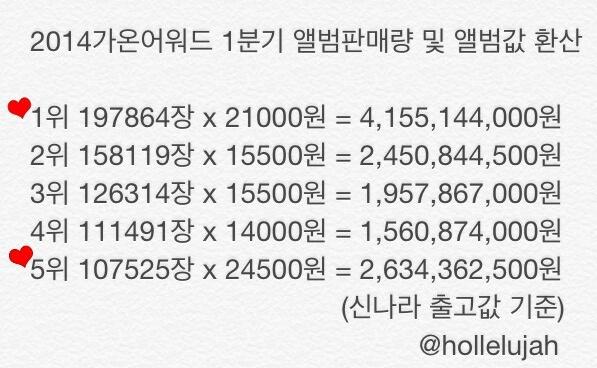 Also, TVXQ!’s Something was ranked as #5 (digital) for the month of January! 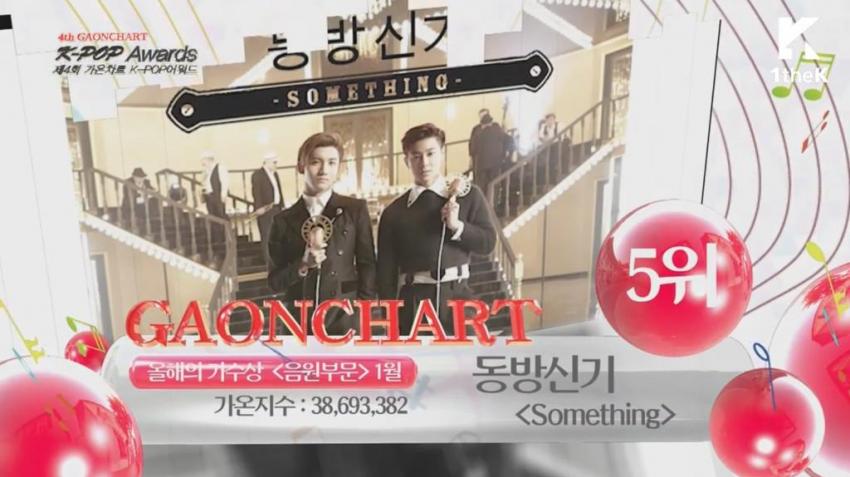 Video of TVXQ! comment on on winning the Singer of the Year award (they weren’t present at the ceremony):

Good evening, we are TVXQ.

YH: In 6 Jan 2014, we released the album TENSE, and we are really happy to see that we have received lots of love for the leading tracks of the album, “Something” and “Suri Suri”.
CM: The Gaon Chart K-Pop album for the 1st quarter this time, the Singer of the Year award…
YH: The Singer of the Year award?
CM: … is awarded to us. We are really grateful for it, thank you.
YH: It’s regretful that due to our current overseas schedule, we are unable to attend (the award ceremony) although we wish to be there.
CM: It’s regretful right…
YH: Although it’s very unfortunate, we are really glad to receive such a wonderful award. Thank you.
YH: To be able to receive this award, it’s due to the support that we received from all of Cassiopeia. As such, I would like to give the honor of this award to all of Cassiopeia.
CM: Henceforth, we will continue to work hard to present our cool figure and wonderful activities of TVXQ.

So, this has been TVXQ.