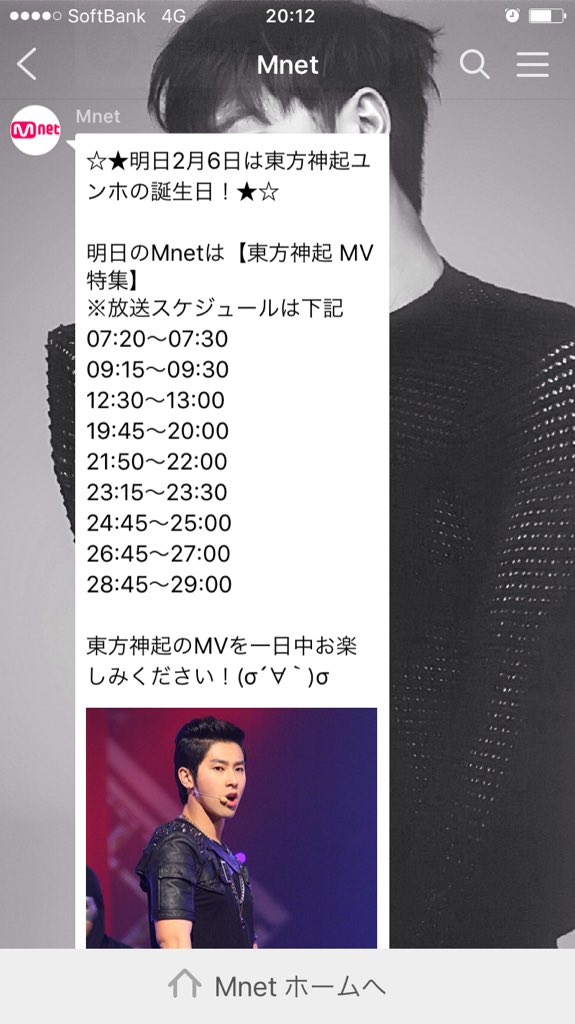 END_OF_DOCUMENT_TOKEN_TO_BE_REPLACED

Nakamura Kaito (JP actor, model)) in a reply tweet to fans, said that he always listen to 東方神起 songs & many K-pop songs in general. His favorite 東方神起 song is 忘れないで, also Confession, of which he thought the lyrics are really good even though it’s in Korean.
{t/n: Previously, he tweeted that he named his cat as “Chami”-chan as both himself and his mom are fans of 東方神起 Changmin}

On Yunho’s birthday only (2/6), There’s gonna be a 20% discount event on all Yunho’s poster print-outs at the 5th floor in Artium!

There are other Announced events too:

END_OF_DOCUMENT_TOKEN_TO_BE_REPLACED

Yunho, who is currently on his annual military leave, is going snowboarding on his birthday with his 85 club friends!! He’s been talking about such a wish before, and it is great to see him fulfilling it <3!

You can spot his friends such as Son Hojoon, Hong Jungin (who shared this photo), and even one of his military band members~

#247company #85st #ski resort #snowboard #first class private in the army came out on a #break so we all gathered and went on a healthy boarding holiday ㅋㅋㅋㅋ as it was like the old times after so long, END_OF_DOCUMENT_TOKEN_TO_BE_REPLACED