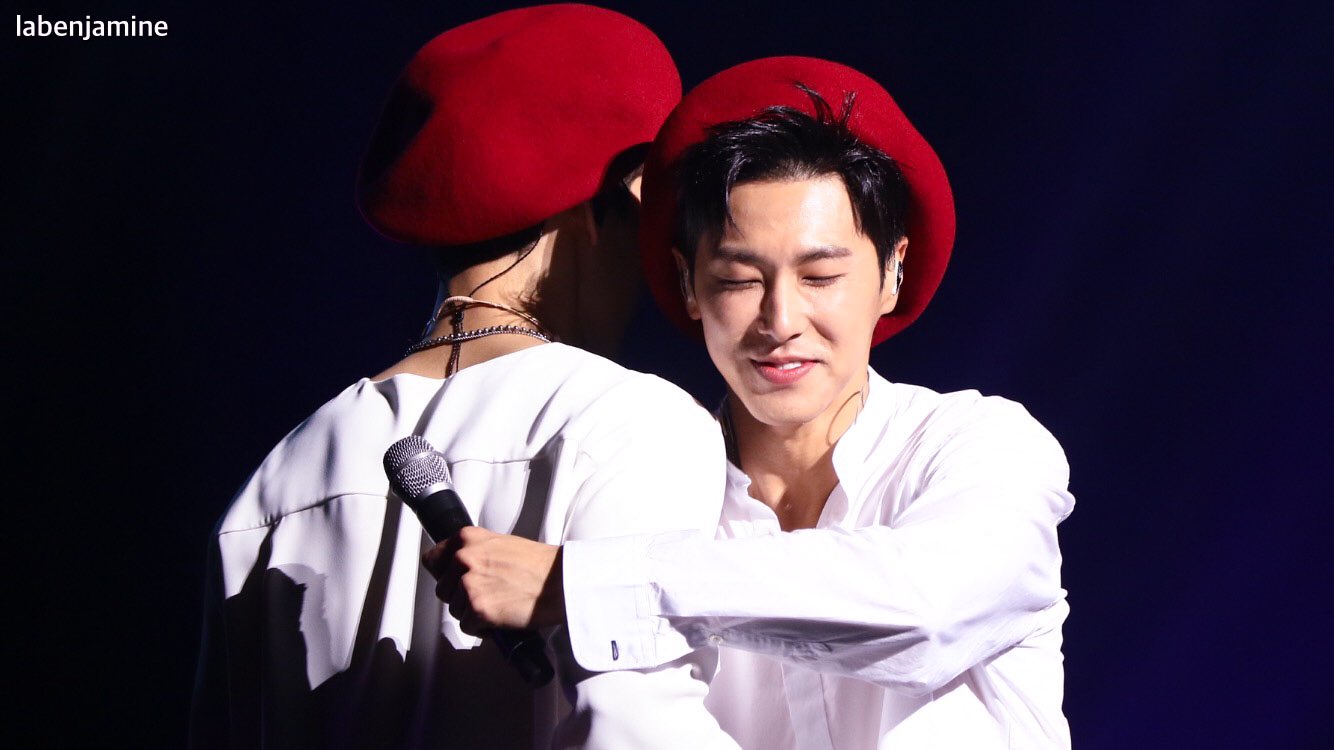 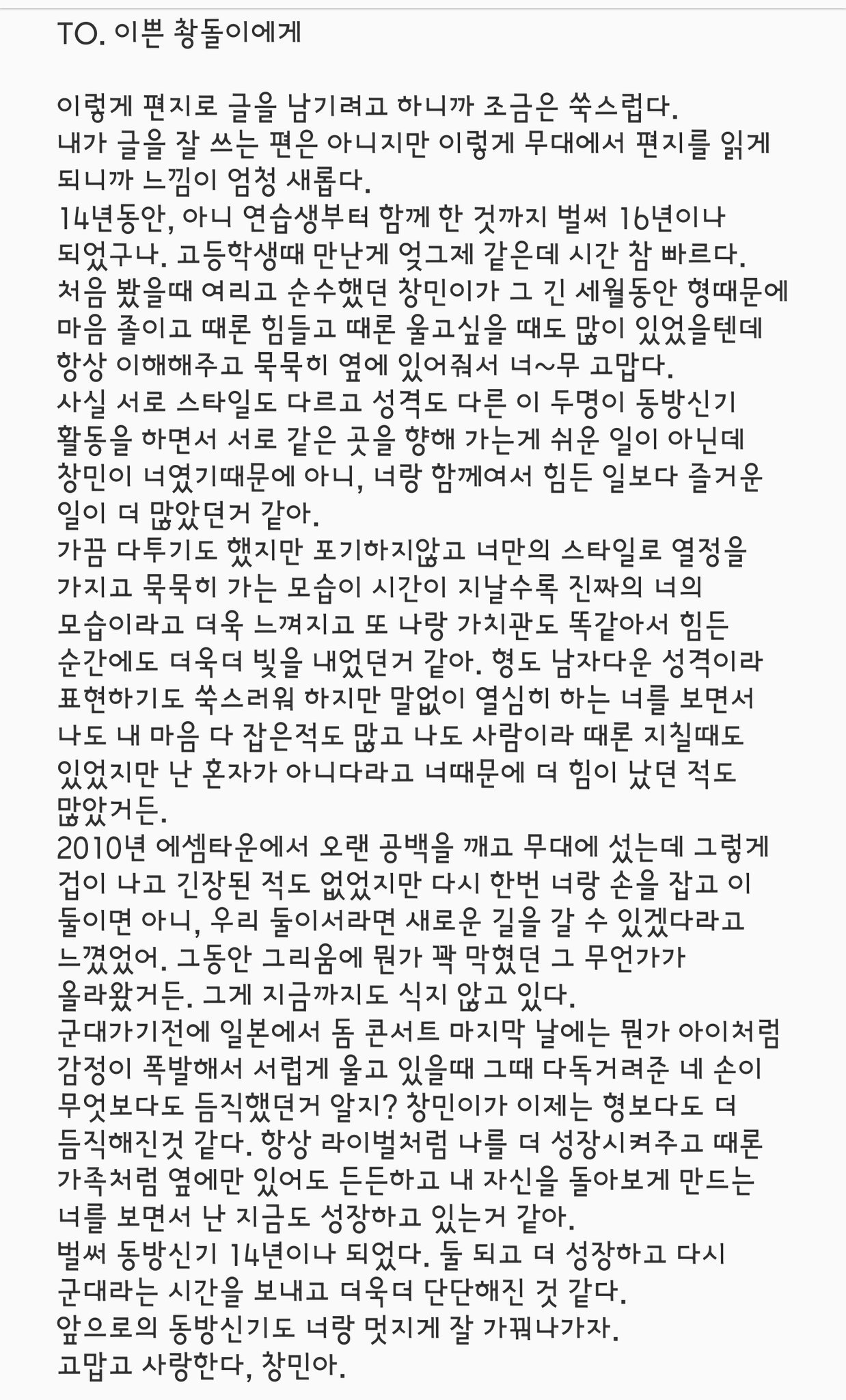 TO. Pretty Chwangdollie
{p/n: line from the translator’s other translations}

It’s a little shy for me that I’m writing such a letter. I’m not the type to write words well but it’s a totally new feeling since we’ll be reading our letters on stage like this.

For 14 years, ah no, including our trainee days, it’s been about 16 years or so that we’ e spent together. Though it seems like it was a few days ago that we met, while we were in high school, time really passes by fast. The soft-hearted and innocent Changmin that I first met then, has in that long time- might have often – because of hyung – been made anxious, sometimes having it tough, and occasionally, might have wanted to cry. For always understanding me, and silently staying by my side, I’m really~ very thankful. Actually as both our styles are different and so are our personalities, while carrying out a two-person TVXQ’s activities, it isn’t easy to each be heading towards the same place.

Changmin, it’s not be because there was you, but because you were together with me that there were more enjoyable things rather than tough ones. As time passes, although we have arguments on occasion, you don’t give up and in a style that is just your own- the look of you, holding onto your passion and silently going along, is really felt that much more. Also, as your values and mine are exactly the same, even when it gets tough, it seems you shine even more. As hyung also has a manly personality, being expressive is embarrassing but while looking at you working hard without saying anything, there have been many times that you got me entirely (i.e entirely understood), where I felt like I, too, since I am human, have times when I am exhausted, but I didn’t feel alone – it was because of you that I got more strength.

In 2010 at SMTOWN, coming back to the stage after being on hiatus for so long, I had not been that scared and nervous before but you took my hand once again and I felt that it wasn’t that it was two people, but rather that we could go on a new path as it was the two of us. At that time, the longing then was quite stuck like something had come up {t/n: longing for the stage? came up and stuck in his chest?}. Until now, it has not cooled down. On the last day of the dome tour in Japan before we went to the army, when I who was like a baby who had become overwhelmed by emotions and was crying sadly, don’t you know it was your hand that was reliably comforting me? I think Changminnie has become more dependable than hyung. For being like a rival that makes me always grow (i.e improving oneself), for at times being like family that is just reliably beside me, while making me reflect on myself, I think I am still growing (in comparison). It is now already 14 years for TVXQ. I think that the time that we became a duo, grew up, went again to the army has made us become more solid. For the future TVXQ as well, with me, let’s us do well. Thank you, Changmin-ah, I love you.

170930 Photo by @labenjamine: here,
Transcript by @ssoosime: here.
Translated by @snxy: here and here,
Posted and Shared by TVXQ! Express