Yunho is 2nd on the top right, right behind the bride~

END_OF_DOCUMENT_TOKEN_TO_BE_REPLACED 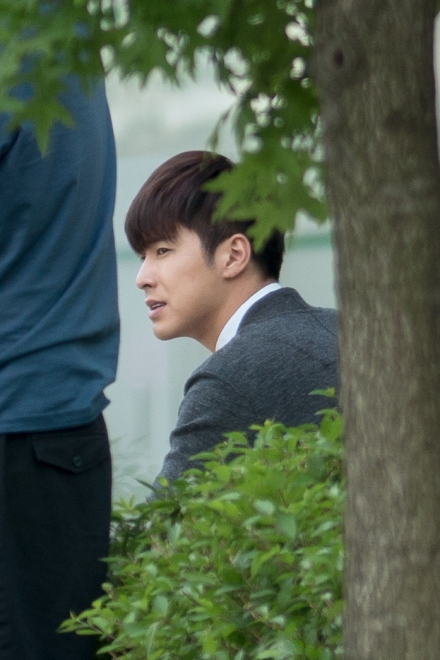 END_OF_DOCUMENT_TOKEN_TO_BE_REPLACED

The South Korean box-office hit “Ode to My Father” was screened at the U.S. Congress Wednesday as part of efforts to highlight the pains of separated families and the alliance between the two countries.

The movie is South Korea’s second-highest-grossing film of all time, drawing some 14.2 million viewers since its December release as it struck a chord with older generations who have witnessed how South Korea overcame the 1950-53 Korean War, poverty and other hardships to become what it is today.

this’s from an interview of both Yunho and  Kim Heung Soo, the actor who acted the King (Kisangun) in the Night Watchman’s Journal, with the Japanese Magazine 「Motto shiritai! Korean TV drama」 (I want to know more! Korean TV DRAMA):

-Are you the type to quickly shed your character once the drama ends?

Although TVXQ’s tour began soon after the drama ended, I couldn’t get out of Mooseok easily. That’s because he and I had a lot in common personality-wise, and I came to respect how he always stayed true to his beliefs by acting him out. So it took me time to shed myself of him. It wasn’t like this for other dramas. Right after the drama ended. I continued speaking in Mooseok’s brusque, stiff tone.

-How do you envision yourself in your thirties? END_OF_DOCUMENT_TOKEN_TO_BE_REPLACED

Always thank you so much for your great support to SMTOWN STUDIO!

SMTOWN STUDIO is actually used by the real SM artists. Wanna look around inside of SMTOWN STUDIO? You can enjoy our tour program with discount price right now!

-an advanced reservation is END_OF_DOCUMENT_TOKEN_TO_BE_REPLACED