the blogger wrote on the people from korean, japan and china who have gathered to wait and watch through the night “staring at the cold alley”

END_OF_DOCUMENT_TOKEN_TO_BE_REPLACED

we would like to announce that we have finally updated the website with TVXQ! Express Rules! hooray ＼( °▽°)/!!

It took us a while to do so because, partially we were still building them, and partially because we were busy with the updates that we couldn’t manage to take care of this earlier, we are sorry >_<

here’s the page! You could also reach it through the main menu above!

Hand in hand, let’s make TVXQ! Express a great source of news and fun to all TVXQ!, Yunho and Changmin fans all around the world~ ☆*:.｡. o(≧▽≦)o .｡.:*☆ 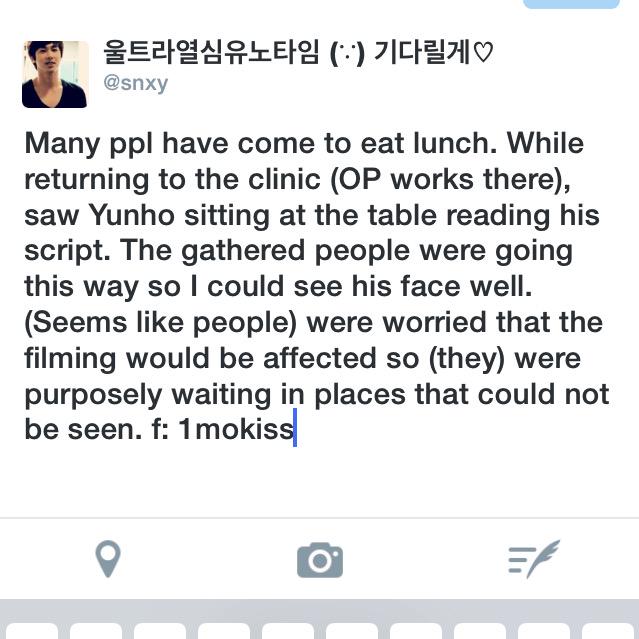 END_OF_DOCUMENT_TOKEN_TO_BE_REPLACED

This’s a cut of  the “Bigeast Group Jumping Rope” mission from the main「Bigeast FANCLUB EVENT 2014 THE MISSION III ~Reclaim the Lost Coin~ 」DVD. The DVD release contains a full recording of Round 1 on 141106 that took place in Yokohama Arena (it also has extra footage from the other days).

Summary of this Mission:

On the Expected Financial Impact Due to Yunho’s Enlistment on AVEX:

saw avex’s IR (investor relations?) materials; it is expected that due to TVXQ’s Yunho’s enlistment [in 2016 from management /live (concerts), the reduction in large-scale concerts, music album sales to lead to drop in sales] expected 10.3 billion yen, 5.5 billion yen reduction in sales respectively.

Also, for the tweets of (Ticket Street) Co-founder on tohoshinki effect, that we have posted previously, here’s another Translations of the tweets :

Japan ticket-reseller site co-founder Kei Nishiyama tweeted that in the next fiscal year, because of END_OF_DOCUMENT_TOKEN_TO_BE_REPLACED

Another Staff, on the overnight filming

They were filming a takeout scene in the cafe ^^ pretty neat!

Got to see the filming of a new sbs drama due to air in July, this guy played a minor character in “the heirs” and a member of tohoshinki was hiding inside ^^

Got to see the filming of a new sbs drama due to air in July, this guy played a minor character in "the heirs" and a member of tohoshinki was hiding inside ^^ #drama #filming #kpop #bukchonhanokvillage #bukchon #TVXQ #DBSK #actors

Q.10年後の自分に一言お願いします。
what words you would say to yourself 10 years later

A documentary film featuring an annual world concert tour by K-pop artists managed by SM Entertainment will open in theaters of South Korea, Japan and China this summer, the entertainment agency said Friday.

The film titled “SMTown the Stage” followed the fourth edition of the event that took the agency’s biggest artists such as Kangta, BoA, TVXQ, Super Junior, Girls’ Generation, SHINee, f(X) and EXO, to Seoul, Tokyo and Shanghai and other Asian cities from August to October last year.

Since 2008, artists signed by SM have performed in major cities around the world, including Los Angeles, New York, Paris, and Beijing.

Viewers can see the artists’ performances as well as rehearsals, backstage videos and interviews in the film, according to the agency. (Yonhap)