There will be a special event during the SMTOWN LIVE Concert in Osaka, Japan, that will be held on July 25th and 26th. Please read the following for more details of the event.

For those who will be attending the concert,

TVXQ! are leaving their fans with loads of gifts as they take a short break.

Both U-Know and Max of the iconic K-pop outfit will begin their mandatory enlistment in the South Korean military this year. Ahead of it, the group released a new full-length album along with two new music videos. Rise as God is being touted as a “Special Album” for TVXQ! with the 10-track set boasting fresh material along with two new solo singles from each member. Rise as God is being promoted by two of the solo tracks, one by Max and the other by U-Know.

Max’s “Rise as One” is an uplifting EDM track based around an empowering “We rise as one!” hook before a euphoric dance break that would sound at home at an Ibiza club. The music video dictates the friendship of two young boys, presumably representing the two band members. END_OF_DOCUMENT_TOKEN_TO_BE_REPLACED 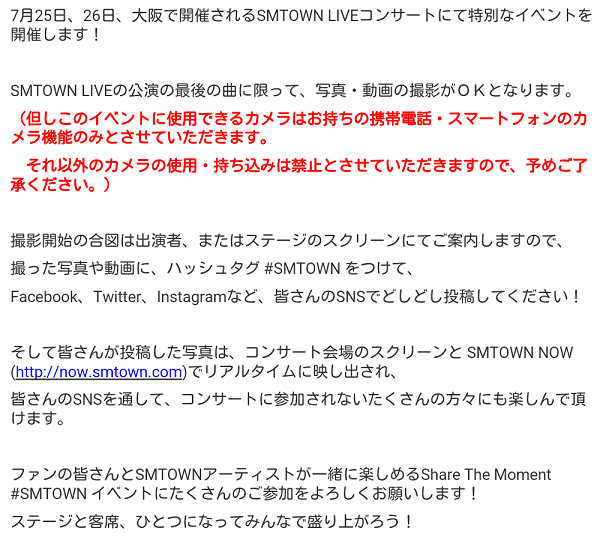 Video & photography is allowed using camera phone only in the final song. Share these pic with #SMTOWN!!

In SWWTN Episode 5, there was a scene where Yangsun (Lee Yoobi) visits Lee Yoon (Changmin) to repay back the money that LY lent to her.

As there were horses running through the market street, LY protected YS by holding “him” close. Because of the up close-ness arising from his “well-intention (to protect “him”)”, he is made aware of “his” true identity as a thought came to him “(he’s) a END_OF_DOCUMENT_TOKEN_TO_BE_REPLACED

Fr Jenny House blog (TVXQ’s hair stylist), they have special collaboration with Yunho, to be reveal in October

END_OF_DOCUMENT_TOKEN_TO_BE_REPLACED

EDIT: from a recent photo, this seems to be a train station instead of an airport

the photo seems to have been taken during the same time the photo his cousin once took of them together.

My brother the optimist, END_OF_DOCUMENT_TOKEN_TO_BE_REPLACED